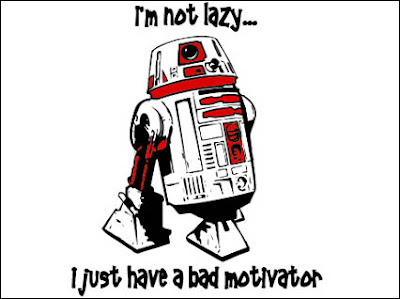 I blew it. I made two major errors in my output to disc on Alien Uprising. I... I spelled someone's name wrong.

And also, the letterboxing did not reliably go all the way through the picture. And that royally sucks.

Plus I was unhappy with one of the images we chose (I chose) for the "curtain call" at the end of the picture.

Oh right -- and then the thing we discovered yesterday where I didn't really output the way the lab would have preferred.

So that's four. For major errors.

So we've "stopped the presses". I'm re-rendering now to output again. Luckily they'd only just transferred the data from my drive to theirs overnight -- they hadn't actually run the job onto tapes. If they had, I'd have to ask Tana Sarntinoranont if he wanted to change his name legally.*

It's a T-shirt. You can buy it. More unofficial Star Wars shirts.

*You know, normally his name would be the only name I'd guarantee I spelled correctly -- normally I'd have messed up something like "Smith" because I would be really careful about Tana's name and really sloppy with "Smith". I must have been getting cocky because I thought I'd learned to spell his name when making call sheets or something.
at 2/11/2009 09:45:00 AM