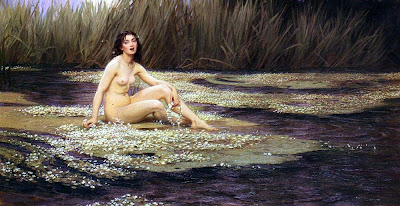 So I'm listening to Katy Perry and then I look her up on Wikipedia and find out that a "controversy" of hers is that she once posed with a knife and "anti-knife campaigners" criticized her.
Anti-knife campaigners? What the...?
Oh dear Lord. It's a British thing again. At least it's not as confusing as the statehood of residents the Channel Islands...
A friend of mine who's Welch* was complaining about how she was out at a bar in New York and some British guy wanted to go fight her boyfriend outside the bar. Apparently she just went off on the guy telling him that he was in America and that sort of thing was just stupid and that he should just go home** etc., etc.
She felt that the gun culture in the US made it vastly more dangerous for people to "settle this outside" because of the likelyhood you'd end up dead in a "bar fight". And that's why we don't tend to just want to go fight other boys (as much).
I figure that the gun thing is why we don't have many "anti-knife activists" in the US. You're a lot more likely to live from a knife attack than a gun attack, so knives just don't come up on our radar.
This is a Herbert Draper painting called "The Water Nymph" or some such thing. I just love how lurid beautiful it is. Tell me Vargas didn't get all his best ideas from Draper. Actually, I bet you can trace from the pre-Raphaelites through the "post"pre-Raphaelites to the pinup art of the 1950's...
*Note that most of the British I speak to are ex-pats and are almost by definition more critical of their home country than anyone else. That's why they're ex-pats. You know what you don't want to do? Talk to any American ex-pats in France about the U.S... you'll get an ear-full.
**Telling someone to go back to the country they came from is particularly vulgar for an American to do. But for a British person to tell another British person it's pretty funny.
at 2/28/2009 02:11:00 PM