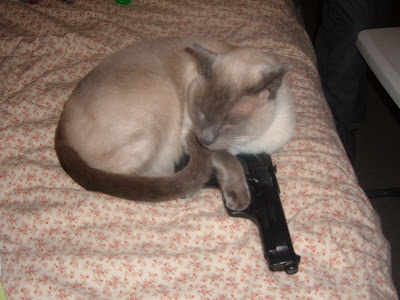 What stuff cost in ancient Rome.

Wow. I'm liking making our screener DVD's from HD masters rather than SD files. I don't know why -- the compression to Mpeg2 is a lot less sukkity from the HD masters.

I made another change -- I had been downmixing the 5.0 mixes to stereo by raising the volume of the center track by 6dB. Now I only raise it 3dB. (note that the center track is the only "mono" track as the other four tracks are left-and right front, and left and right rear.)

On billable hours. From The Client Revolution. Same blogger as Gruntled Employees. Both blogs are an interesting look at employment law and HR. He writes as a lawyer but from an HR perspective. And for a lawyer, he's pretty good with grammar. ;-)

How many pictures of cats with guns are there on the Internet?

We could do a mockbuster sequel to Transformers... it should be called Robot Planet...