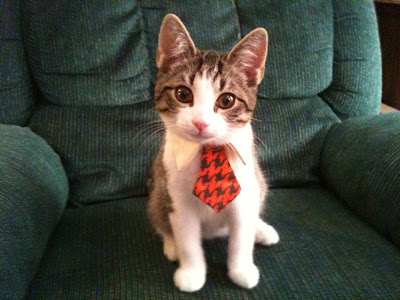 I have more than four great plays in my back pocket ...

You should produce the Josh James Festival!

I've done that many times already, and at the source, as you know. And sold out many times.

what I've not understood is why I should pay to produce my work with a theatre ... it seems as tho they want to share the success without sharing the risk ...

If a theatre comes to me and says, we want to do your work ... well, we'd like YOU to do your work, and pay us rent while you produce it, in case it's not successful, that sounds like a far better deal for them than me ...

you don't get anywhere without truly taking some creative risks, not just on material but on people, too.

There are two ways of dealing with the risk. If you're the producer, you have all the risk (but you have a theoretical up side). If Theatresource is the producer, they take the risk and the upside.

For a week-long production, that leaves about $2000 out of which you have to deal with PR, rehearsals, what-have-you.

If you do multiple weeks -- and can actually sell them out -- you might make a few thousand bucks when you walk away from the whole thing.

For MTS to produce, the economics are almost identical. The theater doesn't even break even on the rental -- our nut is too high even if the theater were rented 50 weeks out of the year. So the "profit" is whatever money a show can bring in above and beyond the "nut" (being about $2500/week).*

So out of that, if the theater is selling out every night of a show that it produces itself, how much money should be kicked back to the writer(s), the producer(s), the director(s), and (dear Lord), the actor(s)?

I don't know. It's not like the extra revenue is going into a slush fund -- it's going to pay maintenance and taxes and to repair the damage from the last flood.

In any case, I'm ideologically in favor of one producing one's own work. In fact, that's what I do. And I'm in favor of producers producing other people's work, I do that too.

The question for a volunteer-run organization like MTS is: how will it produce other people's work, and not just be a rental house?

Maybe I didn't understand the question.

*****
*BTW, the rental prices are more than that nowadays. I forget what they are exactly. I remember when they were $1700 for the week so my wee brain gets confused.

They could also share the risk ... split it with whomever they're investing in ... that's what I'd always been hoping for but it never happened.

From a financial standpoint though that wouldn't be "shared risk" -- the producer takes the risk. Unless you mean the theater and the writer/producer entity each put up half the money for the budget.

the artist takes a risk, too, by letting a producer have a property ... they could well and fully fuck it up and ruin its prospects ... that happens, it has happened.

I don't really see how the prospects of the play would be ruined by a bad production. Not at this level anyway.

If Lincoln Center produced the play and it bombed then yeah, it might lose a potential audience for its next run. But some off-off Broadway theater does the play and nobody likes it? Heck, no other producers will even know it was produced unless you tell them.

Even a lousy version of the play will look to a future producer like "this play was produced" which to them will be a positive thing (because the good Lord knows, they won't have seen it anyway. ;-)

even at that level, yes, it could hurt ... some companies won't touch it, it has happened, I know from experience.

And there's the added aspect that a bad show hurts the artist just by being bad.

All those are great reasons for you to produce yourself. You get ALL the financial upside and you get to protect your work!

You could also distribute your films yourself (I'm assuming you don't) ... you'd get all teh financial upside and get to protect your work.

I pay for other services, and I get paid for mine.

People go to plays and pay the ticket price because (they hope) the play is worth it.

If we weren't getting distribution on every picture we made, we sure would be distributing them ourselves. ;-)