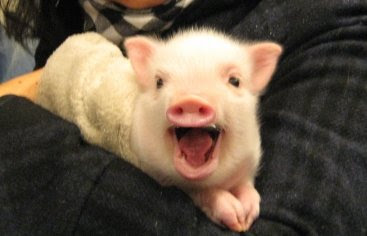 Or, "Conversations Between Drew and Redacted."
*****
Hey Drew, did you see the letter that came from the Executive Director of Theatresource this week?
Yes, I did.

It would have been nice if that was sent, oh, I'd say... about a year ago.
Yeah, but at least it was sent.

So what's the deal? It seems a bit... I dunno... obtuse in many ways.
It seems to me that the new administration brought in after the coup d'etat at Theatresource is a bit surprised at how hard it is to run a theater.

And they don't want to admit that, because it would make their coup seem... kinda silly.
That's my interpretation at this time.

So what does the letter really mean?
It comes from Jen Thatcher, the new Executive Director. In it she shares her priorities:

1. More open communication with you
You are the Tribe. You ARE the Source. I want to hear how you're feeling now, what you care about, and what you think we need to start doing and stop doing (including any ideas you have on how best to communicate with you--quarterly emails? a blurb in the weekly email to the Tribe? a blog? snail mail? Facebook?). Please email me at any time at jen@theatresource.org. Or, stop by to chat in person during my Thursday night Source shift, which I'm treating as sort of informal "office hours."

This would be a 180 turn for this administration. That is, if it really happens.
Yes, it certainly would be a change from how they've been handling things up until now. Communication was the first thing to go after the coup. The writer's forum was shunted off, there was no artistic direction to the Source anymore. Which, I suspect, is why so many of us just took off for greener pastures.

OK, so I had a question about the finances. The letter says:

2. Continuing to strengthen our finances.
Overall, the news is very good. In fact, GREAT. We have renewed our lease for 5 years and gotten our financial house in order. We have a revitalized and energized Board and a tireless General Manager (the inimitable Jenny Green).

Renewing a lease is a debit on the books, not an asset. The board certainly doesn't seem "energized". It seems pretty lackadaisical.
Our finances are not "great", indeed our cash flow projections suck. But we've already established that nobody thinks in terms of cash flow projections. Basically, we got a tax refund.
And that's why we have cash right now?
Right.
If that hadn't happened, where would we be?
Up a creek.

Didn't you once try to get Jen Thatcher to tell you what the balance sheet read?
Yes, she told me she didn't want to have a paper trail that showed that information.

And why do we seem to need to push how "tireless" our General Manager is?
Yeah, that seems odd.

Could it be because she's limited by law to only working 30 hours a week?
She needed the job to get her green card, as she's not a US Citizen, and there are covenants and limitations on her visa.

But she is a professional theater manager, with a lot of experience in the area... right? We couldn't find anyone with her qualifications in New York who could already work legally in the US... Right?
How about we just go on deeper into the letter?

3. Getting more bookings, right away.
How can it be that we have better finances, when it seems like we have so many dark nights? Here's the deal. We're behind on bookings, that's obvious. It's going to take us a little while (especially in thiseconomy) to catch up. But we're working on it (especially Jenny, whohas done some serious heavy lifting getting things booked on short notice). Longer-term, we're examining our relationships with resident companies. And we're building new ways to work with the Writers' Forum.

That's a great question: how can it be that we have better finances, when it "seems" like we have so many dark nights? It would have been nice if that question were answered.
I suspect it simply can't be answered because strictly speaking it's not really factual. We got an influx of cash from overpayment of taxes and otherwise our cash flow projections are a nightmare.

Nothing else?
Oh no, there is one other thing. One of the founders had taken out a credit card and a Staples card for Theatresource in his name many years ago. Last I'd heard the debt was somewhere north of $20K. But that balance is being paid off by a member of the Board of Directors.

Is that debt that Theatresource owes?
Yes. It was honestly a secondary priority to, say, paying back taxes and rent and utilities (and insurance, ahem), but it was Theatresource debt.

So the bottom line, which had been about $100K in the red when Lanie and Jim came in, and went down to about $50K when they were pushed out, really is approaching zero now?
Yes.

So that part is actually good.
Yep.

Because a big donation came in.
Very big.

But it's not a donation which anybody at the theater sees because it's paying off an old debt -- one that doesn't actually affect our day-t0-day operation.
Exactly. And it's true that it's bringing the part of the debt down that didn't go down when Jim and Lanie were at the theater.

But the cash flow projections?
They still suck.

From your experience in business, which is worse? High debt? Or low cash flow?
Good cash flow will pull you out of debt.

(Or having a friend pay off your credit card.)
(That too.)

But it doesn't work the other way around?
No, lousy cash flow even if you're debt free, can easily lead to more debt. In fact, it will.

Hey Drew, not to interrupt here but the last time you were talking about Theatresource I was trying to get you to tell me what the previous managers had done whenever we'd lost a booking -- what we're obviously not doing now.
Yep. You did.

And you're still not telling me?
It has to do with having management which knows a lot about New York theater, knows a lot of the players (as it were) and gets on the horn from early in the morning 'till late at night to make sure that the place is booked.

It sounds like a whole lot of work.
It is. A WHOLE lot of work. Day and night. Relentless. I'd hate having to work that hard. But Daryl and Lanie did it.

And nobody's been doing this amount of work since then?
Hmm... Let's look at the next point in the letter, shall we?

4. Getting more volunteers, right away.
If you've slipped off the schedule, we want you back. If you can't commit to a regular 4-hour weekly shift, but still want to help out, let us know and we'll match you up with a special project.

So where in hell is everybody?
Well, that's an interesting question. We have the fewest number of active volunteers I can remember.

Do you think it's all related?
Well, maybe now that "communication" is a priority again, people will start coming back? Of course, we might have to stop being openly hostile to volunteers too.

Really? I was kind of enjoying the hostility.
Yes, we will have to stop being openly hostile to them. We can remain hostile to you however.

Do you think bookings are affected by "this economy"?
No. That's not the business we're in. Producers -- people with day jobs -- rent the theater and put on shows. We didn't have this kind of loss after freakin' 9-11. So that's not what happened at all. What happened here is that the management of Theatresource wouldn't book the theater until we'd signed the lease.

Uh, is that insane?
Apparently they thought it would somehow be illegal.

Illegal? What law are they talking about?
Well, not many people here actually run businesses. So maybe they thought it was like when a landlord rents out an apartment or something. I have no idea.

When we first opened we didn't have any more lead time than we do now and had the theater booked through summertime by now.
You remember that far back? Yeah, well that would have to do with the "hard work" we discussed earlier. A lot of people who felt like they were working for something collective, not for a specific person, working really hard.

Those were some good times too.
There was a lot of dust in the air, that's for sure.

Hey -- are you concerned? About the future?
Not really. As long as we're not going crazy spending money and there are bookings, the theater will stay alive (albeit alive on a month-to-month basis). Worst - case scenario is that MTS can't make rent and another entity comes in and takes over. Preferably that next coup would be with an actual working bureaucratic apparatus.

What effect do you think you're having?
Well, the "panic panic panic!" switch seems to have been turned off for a while. Of course, it had kind of run its course. To do it now would have a "boy who cried wolf" aspect to it and probably wouldn't lead to much fundraising. And as it was primarily designed to "prove" what a bad job Jim and Lanie were doing, it would have a... different effect now.

So what if we do actually need a big capital influx all of a sudden?
You mean like the lighting board catches on fire and takes out all the dimmers with it?

Yeah.
Then we're screwed. Those things are expensive.