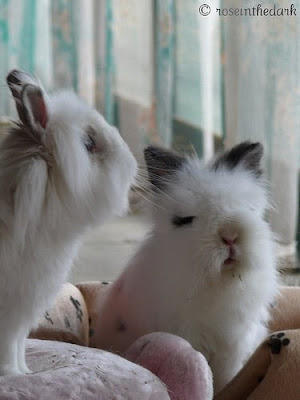 A new breakthrough in the screenplay to Day 2 via Maduka Steady's notes. As always, he comes up with a note and then I realize from trying to do his note that there's an even better way to deal with the screenplay than either my original version or his note. Indeed, it solves many other problems with the picture (especially the "who is this picture about" problem.)

I just spent the whole day making a 12-minute reel of nudity in Pandora Machine films. The Queen of Mars wanted it so she would have something to show to actors who are auditioning for roles which have nudity.

It's pretty tame stuff really. Contractually we're obligated to be able to get an R-rating or lower. But I'm happy with the love scenes in Angry Planet.

The funny thing I discovered is that because we tend to have creepy love scenes we tend to reach for the same piece of music I wrote for the love scene in the movie Pandora Machine. It's a tad comical when you string all the love scenes together and we're using the same lovecreepy music in them.

For pictures of Amanda Palmer of the Dresden Dolls naked with stuff written all over her, you have to go here.

Oh and speaking of that there's a whole article on Neil Gaiman in the New Yorker.

Dapper Cadaver has all the body parts and such that you'll ever need.

Via Chance Shirley: Wooden Finger (who sound to me like a cross between Steeleye Span and perhaps early Renaissance, but you know, with more "bluegrass" and Gentle Giant). I like the vocalist a lot, and believe me I get very cranky about female vocalists I don't like. She has nice dynamic control and her phrasing isn't just a shtick -- like so many femvoxes -- she has a pretty and wide palate of sound. Also: Delicate Cutters and Loud Quiet Loud a film about the Pixies.
at 1/25/2010 01:06:00 PM

Email ThisBlogThis!Share to TwitterShare to FacebookShare to Pinterest
Labels: 0701, 1002, Pandora Machine the movie

I forgot to mention it in my original post, but the Wooden Finger kids get bonus points for closing their set with a Bowie cover ("Five Years")!

The queen of mars link doesn't seem to go anywhere...

Thanks for the heads up. It's fixed now. That's just because my producer doesn't want her name coming up from Google searches on my blog. Ha! It's like she has a real job or something... ;-)