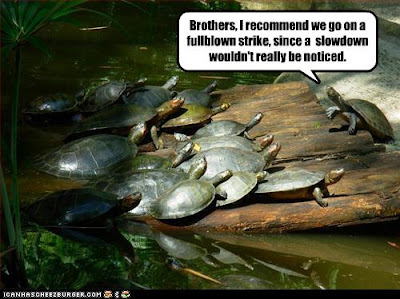 -- toward (in favor of) Australian actors. My prejudice is that they're good, professional, and friendly. I've just had good experiences with Australian actors.
-- away from (against) models as actors. Heck, that's not just me -- models are prejudiced against models as actors. Some model/actors won't even say they've modeled professionally. But I've had some very good experiences with models who are actors and so my prejudices are being chipped away.
-- toward women with headshots where they wear their hair short. Long hair tends to make the face go bland -- anybody can have long hair. It's a trick. Short hair shows confidence in your face. You're probably more confident as an actor.
-- away from graduates of Yale. Now it's not an absolute that if you went you Yale you are necessarily an asshole. No, not at all. Indeed, I even know some Yale graduates who are nice. Perfectly reasonable people whom you wouldn't think went to Yale at all. But I was brought up (in the theater world) to think that "Yalies" are dicks. And let's all face reality, that's for good reason. I've worked with people who went to Yale and when they inadvertently revealed where they went to college would immediately say "But I wasn't in the drama department." without prompting. Or (and I'm not kidding, I've actually heard this) "But I'm not an asshole." Yeah. So even they know. What that means is that I'm keepin' that prejudice. So unless you prove yourself otherwise Yale, you're on notice.
at 1/20/2010 07:19:00 PM