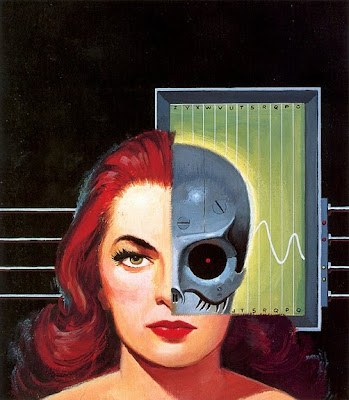 Bill Cunningham inspired me to write a post about this Wired article.

Let us pause briefly in order to make fun of the Wired writer: in the beginning of the article he describes Megashark as being a "hit", but later that the title's "Netflix rental numbers were fine, but the movie’s video store sales were only so-so, even by declining rental standards." Uh, dude, that indicates that our picture Alien Uprising probably did better. Well, the writer got his word count in so I guess he's fine with his article actually contradicting itself. Anyway...

In any case, my general complaint about articles like this is that they're very shallow. They don't really tell you about the company or its business. Partially this is because the business is one of obfuscation. Everyone lies about stuff. (How do you know when a producer is lying? He's talking! Ha hoo!) So people who should even know about these things don't. This, of course, drives me nuts in a kind of quasi Rain Man like way but we won't go into my personality defects right now.

I have a feeling that this is the key:

Probably the best explanation for the Asylum’s success is its exquisite timing. Multimillion-dollar marketing budgets create the hunger for a certain type of movie, and the Asylum can get something that satisfies this demand into the hands of home viewers at just the right moment.

Of course, nailing the timing — not to mention making money — is greatly helped by the fact that the Asylum consults with its distributors, who carefully study the market and have a good idea of what will rent six months down the road.

I'll buy that. Indeed, I've bought into it so much that we're crashing into putting a new picture in the Pandora Machine schedule, which hasn't been written, just to try to give our sales rep what he wants for the Cannes Film Market in May.

Let's pretend that the following things are actually factual:

1. The Asylum grosses about $5 million a year
2. They are able to turn around a picture from idea through deliverables in 4 to 6 months

Now you'll notice that The Asylum is clawing their way into the world of television. This helps account for their revenues being so good. You'll also notice that they don't care about making "crappy" movies. They don't even try to make them good. I don't know if I could call that "living the dream". I understand that some movies will be bad, but I like being able to look back and being proud of things I've done. It feels like The Asylum has gone from being slightly defensive about it to simply not caring at all about it.