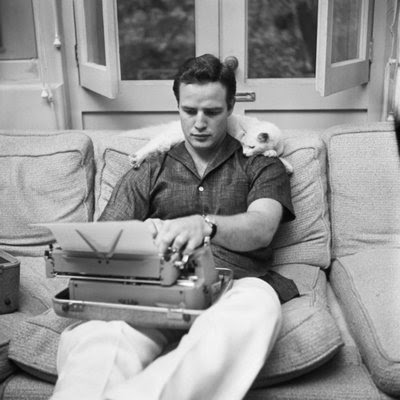 Marlon Brando with a kitty.

Hot Chicks with Stormtroopers. Look, I don't make this stuff up. It's on the Internet. Really.

Letterheady has amazing letterhead designs. We should totally cop some of those Art Deco designs when it comes time to do a letterhead. Via.

Hey. Are you over 40? Have you wanted to write for TV but never had the chance? You've been discriminated against and there's a settlement for you. Via.
***** 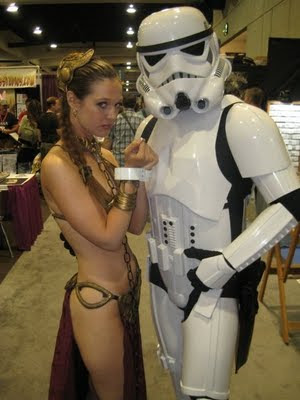 The Radial Tonebone power boost is an interesting buffer pedal in that it allows you to introduce "drag" on the signal (which I interpret to mean that it lets you lower the impedance to do various things to your guitar.)

Now, isn't it Friday? And doesn't that mean I can bore you even more with guitar-related things? OK then.

So far I'm trying to figure out the best way to drive two amps plus the Echo 600 in such a way that the repeats keep going after it's switched off. I think that means I have to split going into the delay and have three different amps (or three amp channels). At least that's where I am so far. I might end up with four amps if I have to have one for leads/overdrive. We'll see.

Here's my Lehle passive splitter and A/B switcher with the Malekko Echo 600 on top of the Fender Twin Reverb. I'm just plugging in things willy - nilly nowadays to see how the impedance is affected by what-have-you. Hey, on that amp the "reverb" part doesn't work anymore, I wonder if it can be used as an effects send?

You know I still want a Hagstrom Swede (recent issue) guitar in Natural Mahogany Gloss. Because I want one.
*****
Oh man, it's almost next month. Paying rent is such a gas. 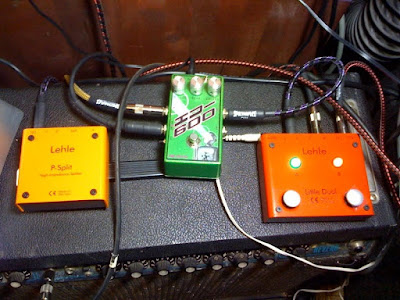