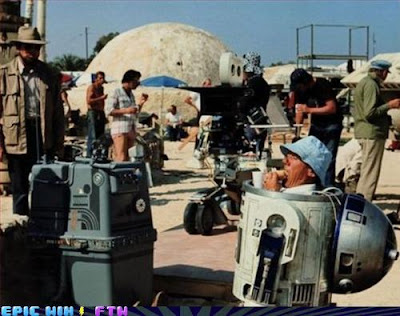 OK, so when I went to a music store last week I was looking at an unusual Hagstrom guitar and I casually asked "Is this Gibson or Fender scale?" And I was surprised when the sales guy said "I don't know, let's measure it."

I thought to myself that firstly, I ought to know just by looking at a guitar if it's Fender or Gibson scale, and secondly that the sales guy should certainly know.

But he broke out a tape measure. Just as he did that I said, confidently, "Oh, that's Gibson scale." And it was so not Gibson scale.

So today I met my cousin Jaime-Jin and we were talking about guitars and I was casually saying that my old Hagstrom Viking was Fender scale, just like my Squire Stratocaster and I put the guitars up to one another only to find... that all this time, since 1980*, I've been playing as my main instrument a Gibson scale guitar.

No wonder I can't figure out what I'm doing.

I mean, I'm seriously dumb. I really wish I had a clue... 30 years ago. What was I doing in High School when I could have been learning stuff that was important?

Luckily my cuz turned me on to Animals with Casts to make me feel better. Ahh, the internets. Deys makes me feels betters. Even when I clearly very stupids.

Anyway, this all came about as a result of my asking her how she dealt with going back and forth between violin and viola. Her answer? "Not very well."

Here's a song written by Jaime-Jin's friend, and performed by another friend.**