How many times should a writer be kicked in the pants per day? 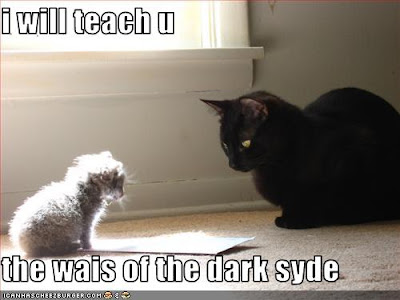 There was some talk on these kind Interwebs a few weeks ago about The Asylum paying $1000 for a writer to turn out a screenplay based on their specifications. I should look up Bill Cunningham's post on that issue but the fact is that I'm writing this blog post in order to avoid doing work (which, in this case, is re-writing the Day 2 screenplay) so why would I do more work to find links? Oh. OK, here's the link. (And incidentally, I'd last heard a number of years ago that they paid more than $1K, but that was never verified in any way.)

Now remembering that I'm a producer and that my standard response to people wanting more money is that "You'll work for two dollars a day and a kick in the pants" I have to say: one thousand dollars to write a screenplay for a picture budgeted at one hundred thousand dollars is just too low.

I'm not saying you shouldn't take the work if it's offered you. No no no. I'm saying that as a producer you should really be thinking 4% of the budget up to a budget of a million dollars. You will likely be paying about that for your production sound crew. Now, when you're doing the kind of nutty no-budget pictures we make, then expect -- well -- $2 a day and a kick in the pants. We'll throw in the kick in the pants for free, because that's the kind of awesome people we are.

But seriously -- OK, for a picture made for less than $100K you're eating into the real budget of the picture to pay the writer -- everyone is doing this for their imdb credit or their reel. Everyone.

But after you cross the $100K budget threshold it's really not a big sweat to start paying more like $4K for the writer. And go ahead, think of paying up to $40K if your budget is a million bucks (which, incidentally, starts to get you into a place very similar to a WGA contract).

You'll still need to add the kick in the pants. After all, you're the producer. It's your job.

And I'm saying this not just because it's morally right to pay more for the person who'll be sweating over creating a draft in 30 days. Not just that. You'll also be able to hire higher-quality writers. Heck, they might even work for you again. And you can justify them taking a month off from doing other things if you're paying a thousand dollars a week. They can justify it too. Everybody wins.

Oh! I should have read this before commenting in the other Asylum post.

$1,000 flat is a ridiculous writing fee for any movie. And some of these Asylum movies have half a million dollar budgets (or so I've heard).

I guess you get what you pay for.

No no no. As a producer you have to repeat after me: "You, writer, you don't deserve ANYTHING. You don't deserve a kick in the pants! I'm giving you one because that's how nice a guy I am, plus the fact that you're late delivering pages. Now get out of my way, you're obscuring my view of this blonde in my hot tub. Don't come back here again until you give me PAGES!"

See? It works like that. Ignore everything else I said.