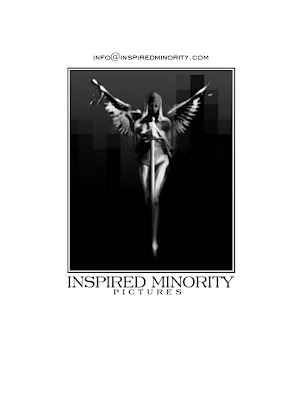 I hereby declare Pandora Machine to be the smallest micro-studio in the land.
*****
We look to our great-uncle, infamous big brother, The Asylum for (some) inspiration. (The Asylum distributed our "first" movie, which was called "Pandora Machine".)

As noted in an earlier post, The Asylum is estimated (by Wired magazine, so take that information for what you will) to have revenues of about $5 million a year. That's something like almost exactly two zeroes more than I've made in my best year so far. But here's the thing: The Asylum gets a lot of Internet grief -- they're widely hated and the press just makes fun of them.*

I think the answer to both questions is "They listen to their buyers." And although their buyers aren't saying "Make a movie with clumsy dialog and a loose plot with mediocre dialog editing" what they do say ends up making movies which almost have to fall down on some aspect of filmmaking.

Now, what the buyers want is
1. a movie to their specifications (must have shark eat the Golden Gate Bridge, must have dinosaurs and explosions, etc.)
2. delivered on-time (within, say, 6 months) and
3. At a reasonable (read: "cheap") price point.

This means they want the movie to be fast, cheap, and good meet their specifications. Normally the rule is "Fast, Cheap, Good, pick 2." In this business formula "good" isn't even a factor. Oh yeah.

The trouble is, and I get this from reading their blog as well as articles I've read about them, is that although they clearly love making movies and are having a great time with it, they seem to be -- on a personal level -- a bit hurt by both how they're treated and by their own thoughts about the quality of their pictures. That seems a bit sad to me.

We're experimenting with actually talking to our rep before shooting too. His idea of the market leads him to desire very specific sorts of things. For instance, the idea for doing an apocalypse picture (which we're doing as "Day 2") came from him.

*Unlike, say, Roger Corman who is Internet cool (and no, I'm not really comparing the two but even the most Cormanphilic of us would agree that in addition to some very cool pictures, he's made a lot -- a lot -- of crappity movies.)

Image from Inspired Minority Pictures. They seemingly had something to do with this movie (below), although their website is just the still image above. Oh wait, they're more information on the official "Pumzi" website. I do love their logo.

I think the Asylum's real problem is screenplay supply. This is actually a problem for the big studios, too. But the Asylum can't afford multi-million dollar special effects and movie stars to distract audiences from their weak screenplays.

They're cranking out... 24 movies a year? Seems I heard that at one point. I'd say they need at least eight really good screenwriters on staff. Maybe even 12 scribes.

But, as the Asylum is notorious for penny pinching, I don't see them shelling out the cash for salaries that would be demanded by eight or 12 really good screenwriters.

I'm trying to figure out how to crank out four good movies a year without going broke paying writers. But my budgets will be a lot smaller than the Asylum's, so... maybe it's hopeless! I dunno...

Damn you man! You put teh fears into mah heart!
**
Firstly, going back-wise to your first point (I'm Lewis Carrol all of a sudden) I don't think they're crankin' out 24 pictures a year. I think at tops it's about half that. I could be wrong.

But uh. That's one every three months.

I'm going to go cry like a little baby now.

Years ago (War of the Worlds era), I heard they were shooting two movies a month: one on 35mm and one on HD. Of course, nobody shoots 35mm anymore, especially not a bunch of cheapskates like the Asylum. So maybe they're just doing one HD feature a month now.

If that's the case, four good screenwriters working full-time could probably do the job. Wonder what that would cost? I would think at least $120K. Again, way more than the Asylum is going to spend.

Of course, Stan Lee used to write or co-write many comic books per month during Marvel's 1960s heyday, so one guy writing four movies a year isn't impossible.

I think what I need is a couple of good co-plotters who will work for relatively cheap. If I can get the four good outlines per year, I think I could turn those into four good screenplays relatively easy. Even if I'm also doing directing, producing, and editing!

What do you think the market is for non-Asylum mockbusters? I think coming up with four of those a year would be pretty fun, actually.

Who knows what the market for non-Asylum mockbusters is? Oddly, the Asylum (who have trademarked "Mockbusters") aren't making direct mockbusters right now -- they've got that steampunk Sherlock Holmes and such going on right now.

Back in the day I heard they were going to shoot 20 pictures a year, but I don't think they ever ramped up to that. I think what happened is that they got a deal with SyFy and changed their business model a bit.

Yeah, you need some Save the Cat acolytes to board out the pictures before writing them!

Clearly, that's how they made their bread and butter. Look at future tentpole movies and rip them off.

And frankly, distribution is so bleak right now I'm not sure how you make 1 movie a year...what do you do with it? How do you put together a prospectus for an investor when there doesn't seem to be a way to recoup money from the current climate?

I'm, like, the anti-Bill Cunningham! All doom and gloom! :)

I would define a "mockbuster" as having a release date tied to a particular Hollywood film. Which would take my movie, Alien Uprising, and this Sherlock by the Asylum out of the running. But I understand what you mean about it being a mockbuster.

There are movies being sold. But yes, it's a scary world. The trick is that the Asylum is making money. I want some of that!

I think the key is making a movie which looks like a hundred million dollars for about ten thousand dollars. I'm not exactly sure of the numbers but I think that's about the right ballpark. ;-)