Will You Shut Up About Guitar Cases Already? 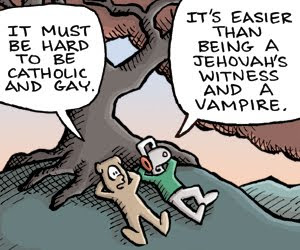 Metropolis Music is the only guitar store in Jersey City.

So, I wrote to InCase about whether their guitar case would be available again and I got this somewhat cryptic reply:

Thank you for contacting Incase Designs Corp. Usually it can take one to two weeks till we have more products back in stock once it is sold out, however since we do not have an official restocking date that time frame may vary. Best thing to do is keep an eye on our website for any possible updates. For further assistance please contact us between our normal business hours Monday through Friday 8:00 am – 6:00 pm PST or toll free at 1.888.283.8288

So I went ahead and called them and was told by the guy on the phone that they won't be making the guitar Slim Bag anymore. Uh. OK.

Although, oddly, they do seem to have their Dub Bag available. It's 300 bucks, and presumably is a "bass" case. But. That's interesting. Here is their compatibility list. It would seem that some time in the dark, distant past, they used to make a "dub bag" specifically for "guitars".

Planet Bass believes they have some bass bags. I don't know if I believe them.

Oh. They wrote back, it's doesn't. Instead there's this case for Les Paul's from SKB. One thing I hadn't noticed before about this SKB soft case for Les Paul guitars is that there seems to be a pocket under the neck. I do wish the picture had a closeup. Hmm... That case is only $80.

I do wish these cases were about half the price that they are. But that SKB seems reasonable. And I like all the rest of my SKB cases, that's for sure.

There's an interesting article by this fellow Blair Erickson, who worked with Uwe Boll on the movie "Alone in the Dark". What's interesting to me is that the article is all about bad-mouthing Uwe, but it's done my someone who had and, (as as far as I can tell), has very little experience in film. He proceeds to castigate Uwe for the story notes Uwe sent in emails to him and his writing partner. But the actual story notes he uses as examples? They're pretty good. Here is part of Boll's critique of the screenplay they submitted:

The story doesn’t go from A to B, which is unavoidable for a genre-flick. Your story is an author’s piece, a drama, where we spend time with people!!! With a video game adaptation what is more important than ever: hero needs to have a goal, that the [Uwe here uses the term “08/15 Zuschauer” which basically means the no-name, loser audience] understands and the hero needs to be interesting.

Yes, Uwe is right. Absolutely. If the hero has no goal, then I'm bored. And so is everyone else. That's true if we're staging Hamlet or we're making Die Hard VI. The hero must have a goal.

So reading between the lines it seems like Blair turned in a pretty awful screenplay. And he thought that just because he didn't like Boll's movies that Boll's advice to a fledgling screenwriter (has Blair written any other movies? I can't find an imdb credit for him) it must be because of Boll's incompetence, not his own. Hmm...
at 1/20/2010 01:48:00 PM

And none of those key art designs were used for the eventual movies... many i think were done after-the-fact so their artists can demonstrate they know how to do key art.