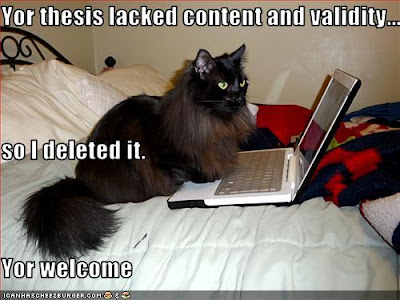 I'll make some attempt to put all my guitar - oriented ramblings on a Friday post, but I'm not promising anything.
*****
This is the original Guitar Friday. Well, when I say "original" I mean the "re-runs" of the original.
*****
OK, so it goes like this: I got myself a Lehle 1@3 guitar switcher which will run one guitar into three different amplifiers simultaneously. I spent some extra scratch on the "simultaneous" part of the switcher. But... but I made a big mistake.

You see, Lehle makes a number of different products. The Lehle Dual is a "1@2" switcher but the outputs are transformer isolated. The unit I bought, however, the 1@3, is not. I kind of feel stupid (like three hundred dollars worth of stupid) for making that mistake. The whole point of my guitar rig is to be able to do this:

I want to use two amps. One is a fairly "clean" amp -- think Fender Twin Reverb. In fact, it'll likely be my Fender Twin as soon as I put a decent replacement speaker in it. My guitar will feed that amp pretty much all the time. The amp might break up a little if I really lean into it, but mostly it's a clean sound.
The second amp is set up to distort. I I generally prefer output distortion so I want a smallish amp with the output turned all the way up. This will likely be my Little Laneli amp, feeding a Celestion Blue speaker which is housed in my Peavy Vypyr amp. All of that is cool and everything but the trick is -- I want to be able to switch my feed to this amp on and off.
Then, I have a delay pedal. I only want the delay to go to the clean amp. The delay (being an analog delay) distorts very well on its own thank-you-very-much and I don't need it muddying the distorted amp sound. The delay pedal will hard - wire bypass on its own. There's a big ol' switch on top of it that does that.

Now, this system actually works. I mean it actually works sound-wise. I don't have it working switcher-wise. But the sound it makes is quite satisfying. For distorted sounds the clean adds to the overloaded to make the guitar "big" but also "clear".

However I'm going to have to take advantage of Amazon's generous return policy and send back my 1@3 switcher. I'm replacing it with a Lehle Dual. I don't have pictures of this because sending the package back to Amazon is actually easier to do that it was to talk about.

*****
So in the meantime look at the trailer for The Asylum's new Sherlock Holmes. The cinematography looks rather good. Could use more dinosaurs of course.

All of my favorite Sherlock Holmes stories involved dinosaurs! All of them!