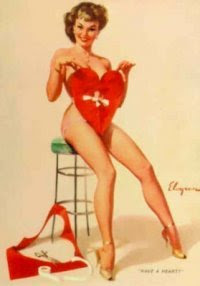 Look, for Valentine's Day I post a piece of relevant artwork. You're welcome.
I'm looking at the rules for getting film permits in New York City. I recall there was a kerfuffle after 9/11 between photographers and the police and what's interesting is that it looks like the government is being very reasonable.
One thing that's been made clear is that you can shoot on a tripod now without a permit. You just have to leave 8 feet of sidewalk for people to walk by. That's awesome. But it doesn't help us, we still need to get permits.
The reason we need permits? Guns. I'm not looking forward to the headache of us pulling out guns and using them on the streets of Olde New York. But we need to have police there, and to get police you need a permit. I think that the PITA part of getting permits and police will be worth it if we have some nice shots of lonely dude walking with an M16 A4 while giant robots stand dormant in the background.
Lucky for us, the police and the permits themselves are free. Provided you have a million dollars in liability insurance.
*****
You know who's nuts? This dude is nuts. In 1975 Yuriy Norsteyn made a movie called "Hedgehog in the Fog" which is a simply brilliant and inspiring piece of animation. Since 1981 he's been working on a feature film called The Overcoat. Since 1981.
Since.
Nineteen.
Eighty.
One.
But hey, Nick Park sent him some boxes of lightbulbs.