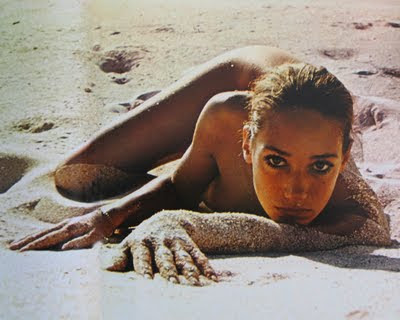 The PSS talkbox is very cool if you have a boom operator you want to talk smack about the director.
*****

I used to work for the TV department at Rutgers University. Strange thing about the crew guys at RUTV -- the were the best. No really. These guys were bad asses. They could light, do sound, handheld camera, edit, color-correct. I mean each and every one of them could do that. It's because they did it every day. For years. One guy even has a regional Emmy award -- and he worked at a University TV studio! You have no idea how difficult that is. And then there were a couple engineers around for the really technical stuff.*

The problem with those guys is that on the day of a big studio shoot they looked like they weren't doing anything. They'd be sitting around in the lounge making jokes and having a great time. And to other people coming in it looked like "Oh, to do this kind of production you don't have to be paying attention, you just show up and it just magically happens." So the young people, or the new people, or people who didn't do TV would slack off and get mud on their faces because they hadn't made sure that everything was in great shape before they started. Oops. Nope. The RUTV guys were prepared.

So when you see really high-end people looking like they're not doing any work -- don't believe it. They're just relaxed and calm because they're ready to be here now. You, on the other hand, better run back into the studio and do another line check.**

This is just a lead-in to my next post filled with crankiness.

*****
Marisa Berenson.
*****
Headphone amps and distribution from Sweetwater. Reviews and overview of different headphone monitor systems from a church perspective.
*****

*A story I heard while I was working there was that some guy from IEEE was doing a lecture for television and it was being taped. So this dude is a high end brainiac with probably two PhD's in engineering and he's talking about some electrical engineering thing that is impossible for ordinary humans to understand. The EIC (Engineer In Charge) of the TV studio (the TV engineer) says to the director "We gotta stop." "Why? What's wrong?" "He doesn't have the formula formatted properly on the board." And sure enough, they stopped and the guy doing the show was thankful that someone pointed it out to him.

A question for your brain good sir. Prepping to do a live to tape shoot in a few weeks. We have very limited setup time in the room before the show starts. We're shooting in a small theater space, seats about 85. There'll be two hosts and a couple of guest and the evening closes with a jazz singer and pianist. My issue, among many, is getting the best audio I can. There's a house system as they do a lot of live music in the room. So I'm thinking of bringing my compact mixer, running wireless lavs to that with a feed out to the house system and recording the individual signals to a Macbook Pro running digital performer. Am I crazy? There's a lot of pressure to make this night work and I really don't want to be the one that borks things. Advice, cautions and the like gladly welcomed.

The best way is to split all the feeds coming from the stage to a multi-input digital recorder (what sort of interface do you have for your Mac?) and the front-of-house mixer.
Alternatively you can sometimes take a direct out of each channel of the live mixer (pre-fader) and send each of those to an input of a recording device. But you kinda have to know what the FOH mixer is and whether it's using the direct outs for anything else during the show.
And if worse comes to worse you can double-mic people and pianos. It'll be like the early 70's!
But in answer to your question, yes -- if you can split the feeds from your compact mixer to continue their merry way to the FOH, you should be able to record them just fine. If you can split the mics to individual tracks and mix them together later it might sound better but also might be incredibly impractical.
IF and I say IF you take, say, a stereo mix from the FOH you might find it mixed a bit "odd". But the biggest problem in the show you've described might be that the piano would sound too quiet for the singer -- that's because the acoustic sound of the piano in the space would be loud enough that the FOH would have the piano turned down relative to the vocalist. But the host and the guests would likely all be at similar levels.

okay. that's pretty much what i was thinking. i'll talk more to my audio guy but this gives me a better grip on what to ask when we do talk. thanks very much! as for the audio to the mac the interface would be a motu traveller or perhaps the 1028 (i think that's the number soup).

With those interfaces you'll certainly have enough inputs if you want to split the tracks. But it's more practical to mix live on headphones (although mixing on headphones is a PITA.)

Happily I'm not doing the live mix headphones or otherwise. I'll be on camera and saying prayers that all goes well. My headaches come after the fact when I get to sync and cut the whole sheebang. If you hear weeping over the intertubes it might just be me having a moment.

If the cameras all have their mics on it might help with sync. You can even use PluralEyes to automatically sync. Or you could drop sticks at the beginning of the show but everyone hates that.

All cameras will have mics on for sure and I might drop the 149 on Plural Eyes. Talked to my sound guy today and I think we're pretty much good to go. Thanks so much for cutting into your avoiding screenplay time with advice!