My Review of the first hour and five minutes of Avatar 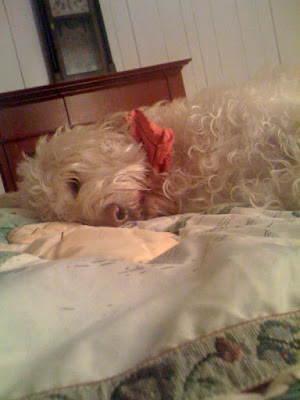 If you're asking yourself "Who was that jerky guy in the second row at the 6:30pm showing of Avatar on Friday night who got up and left the theater an hour into the movie?" That guy was me.
Firstly, I'm quite sure I am the last person who reads this blog who hadn't seen Avatar as of today. OK, so I'm a bad, bad, sci-fi director.
Secondly, there aren't any spoilers here on this blog since I didn't even make it to midway through act 2. We were in the middle of the fun and games section and just learned how to ride a dragon. You've seen the movie. You know what I'm talking about.
Now the reason it took me so dang long to see the movie is because the perfect is the enemy of the good. I wanted to see Avatar in the only "real" IMAX theater in New York City. That's the one up by Lincoln Center.
And that's where I almost threw up.
I suffer from motion sickness. By the time we were getting close to flying the damn dragon I was saying (I don't think I was saying out loud) "Jim, Jim, please don't move the camera any more. Let's just stay with a shot and linger on it a while. Please don't spin along the X axis, just sit there, on virtual sticks. Please."
But alas, Jim Cameron did not heed my desperate plea. Virtually ever shot was moving. All all axes simultaneously. It's like the camera was being directed by a bumblebee.
When we got to the part where the lead character was recording his video log on what was essentially the webcam of the future, I think I dedicated my life to one of the minor Pandora deities. Why o why couldn't the whole movie be like this? Still. Not stomach curdling.
Nope, we had to go flying on the damn dragon. The dragon spun, the camera spun, my head spun. "I'll watch the movie on DVD." I miserably muttered to myself. As I left. Pale and shaky. Like a really bad hangover, or something approaching the flu. Near death, I think.
Now, I know you desperately want to know what I thought of the movie. So I'll tell you.
But that's not what's important. What's important is how was the CG? How is 3D?
So I'll rent it on DVD. I'm kind of curious to see how the mechs, the dragon things (now I suspect there are even bigger dragons in the movie) and the helicopters have their big battle and how we learn what the Na'vi are doing with the Unobtanium.
Here's a picture of my sister's dog, Chien. Dog is sleeping. Dog is named "Dog."
at 2/26/2010 09:27:00 PM

There is a word for people like you, sir. That word is PUSSY.

I disagree on the CG not being an advance--I don't remember people in the Golden Compass being CG. People are the tough CG thing to do, not bears.

And the story is pretty generic. You know how you saw half the film? I GUARANTEE you that you can tell me exactly what happens in the 2nd half.

Go ahead--I'll tell you if you're right. You will be, at least, if you've ever written a screenplay and gone with your first instinct every time...

afraid i'm in the minority of well trained north americans that hasn't seen cameron's latest ego masturbation. it just doesn't look like a very interesting movie once the ooh-aah factor is stripped away. a friend of mine gushed like old faithful how this was THE game changer and movies would never be the same and i am a cynic at heart so i wante to know how this thing would alter the flick he's working on... dramatic pause... i'll concede it might change the way that film makers with half billion dollar budgets work. the rest of us, not so much.. i refuseto see over hyped movies during the hype storm, prevents me getting rooked by charlatans like tarantino.

But I gotta say for the CG -- the big advances in the picture were all in the process, rendering out mo-cap in real time is pretty cool.

But for the actual renders? Humans are hard, but fur is harder.

I think that's a line from Animal Farm.

Besides that, it's hard to mo-cap a ferret.

I just want to say that again.

there's the chorus! let me know when the verses are done.

Look man, I did the chorus. Let the drummer write the verse.

That's only in Canada. And the words would be all Ayn Randian. We'll go to England for a drummer and the words will be all like "susuusudio".

this can only end in loose bowels and receding hairlines. drummers, you can usually find them hanging around with musicians.

Soprano jokes are good too.

"What's the difference between a violin and a viola?"