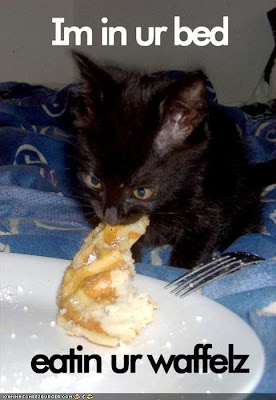 Instead of M16's, which I thought we were going to get for Day 2, we apparently have HK G36's. That's not exactly right for the characters. Maybe G36's are the kinds of things a SWAT team in New York would have locked up somewhere? I'll go with that. Yeah.
Colin Levy is a visual effects artist. He's a Blender dude.

Met up with Jeff Hipolito of Mongrel FX today. He has an Optitrack motion tracking system. Drop him a line for your motion tracking needs (he's also a Blender partisan.)

Oh no. I have a bad feeling that my closest celebrity look alike is the Al Bundy character on the Russian version of Married With Children.

It's the future, right? I think the HK G36s look good for future urban warfare.

Yeah! That's it! Thanks for the justification. Whew! ;-)