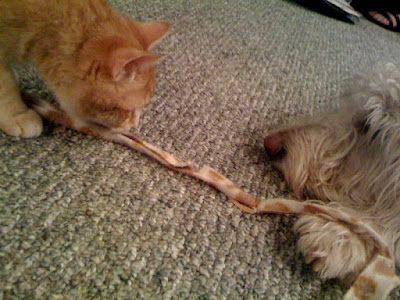 I still haven't seen Avatar. I finally saw the movie Pandorum. Oh, it was just so close to being good. Funny thing is, it had one of the problems that a lot of our movies have -- being too complicated. It could have used a simplification and clarity pass before shooting.
The other big issue with it is that it felt, to me at least, that the second act didn't really get started until the "team" was put together (if you haven't seen it, that's not really a spoiler, but the next thing I have to say is a spoiler.) And that doesn't happen for about 45 minutes into the picture. It should have happened about 25 pages earlier.
The movie didn't get to a point where things were even worse well either. Indeed, I just now while writing this figured out what happened which makes the protagonists' situation even worse and it too comes way too late.
I'm a bit worried that there are two act 2 breaks in Day 2. I think that can be cleared up by having "Laura" take "Neil" back up to the street with her when she goes looking and finds the Alpha. Neil has to get away from her, of course, so he can make his dramatic re-entrance when... the team is all there.
MetroAmp. They make kits and Marshall JTM45 replicas. You can get a kit for under a thousand dollars. Or for $2500 they'll build you a replica.

Here's a picture of Maydl playing with Chien. My sister Jean took the picture.

Oh. And here is a woodland creature with a cracker. 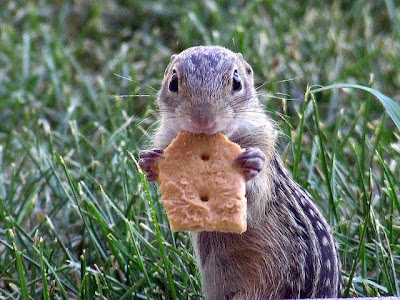 Email ThisBlogThis!Share to TwitterShare to FacebookShare to Pinterest
Labels: 1002, Maydl

I liked Pandorum a lot. If you don't see Avatar in 3D, it's not worth seeing.