A Model For Business 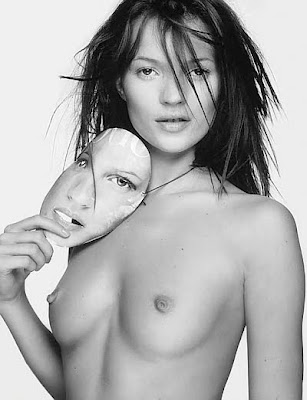 Edward Jay Epstein writes in this Gawker article about the future of Indie Movies.
*****
Oddly, we in the "genre" world are not normally considered "indy". Even though we're entirely independent of the big studios. On my snarkier days I might suggest that's because the "indy" world is just jealous that we make movies people actually want to see. Today isn't that day. Not yet at least. The night is young.
*****
In answer to question number 1. Did we manage to make 5 pictures in 2 years? The answer is no. Didn't quite get there. I just wasn't able to get the scripts up and ready in time in order to do it.

And then -- just as I didn't make my self-imposed deadline of 5 pictures in 2 years -- I decided to change the model we use.

Up until now the model we'd used was "sci-fi, lady action protagonist" and we'd figure we'd sell the picture. And that was sort of working. But now we're told by our sales rep: "lady action is saturated, the thing I can sell right now is a 2012-type picture."

So we could focus on making pictures to order. Heck, that's what The Asylum does. But that means movies have the following requirements:

1. Listen to buyers. Have them tell you what they want.
2. Create complete feature-length script in 30 days.
3. Pre-produce and shoot feature in within 30 days (which means a 12-day shoot).
4. Post production in about 40 days, including deliverables and DM&E's.

This means the picture gets to market when the buyers want it. And this explains why The Asylum pictures are so... problematic. There really isn't adequate time 'twixt getting the order and delivering the picture.

But we can do it... sometimes. And other times we'll do whatever it is that we do.
***
But here's the other thing about business models: they almost never actually work. At least, what a company ends up doing which works for them is not what they first thought would work for them, nor is it the second thing. At any given time it may very well be the thing they figured out about 12 to 18 months before.
***
We've been getting feedback on Clonehunter. By and large it's been what I figured it would be. The picture is our best so far. Good script, well - acted, vfx are an order above what we've done up 'till now. Let's see if we can't keep going in that direction, shall we?
at 2/09/2010 12:34:00 AM