Contracts Day in the Pandora Machine 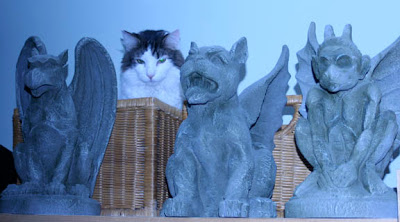 Our contracts have always had a stipulation which I'm rather proud of, although I've yet to see it kick in. All of the actors work for points off the back end. Unlike the infamous "monkey points" in the world of Hollywood, where points being paid out after a picture goes into "profit", we stipulate a specific number after which we start paying out. This number has been called "DAN" which stands for "Drew's Arbitrary Number". And for most of our contracts (except for Millennium Crisis) that number has been $50,000 (fifty thousand dollars). So after we actually receive $50K the actors and other artists start getting their points.

Unfortunately none of our movies has crossed that $50K threshold yet. Welcome to the world of starting a film business just as the entire distribution system is collapsing. Everybody thought we'd be paying out on Millennium Crisis (and it had a DAN of $125K because it was so much more expensive) and you know what? It wouldn't have even made the $50K threshold.

It does occur to me we could lower the threshold (DAN) to, say, $40K. That could work, the thing we're worried about is that whatever it is that brings us above that level (a TV sale, for instance) might also hit us with some expenses (new edit, color-correction, whatever wackiness the engineering department insists on) that could easily cost another $10K. Or $20K. And then we're paying out more money before we can pay back either ourselves or our investors (every movie I've made was financed differently -- sometimes directly out of my pocket, sometimes with actual investors, sometimes shortly after going back in time and robbing a Union Army paymaster in 1863 other things.

The other issue with lowering the DAN is that it would be more fair to lower the DAN on all the pictures simultaneously. We could do that, as it would favor the other party to the contract we could make the change arbitrarily, we just can't raise the DAN without consent. The reason this occurs to me to possibly be a conflict of interest is that we do not have a clause regarding "cross-collateralization" of pictures. So we can sell our pictures as a "library" or whatever and then in theory divide the pictures' revenue any way we please. That's a moral river we'll come to when... if... we ever come to it.

So anyway, I'm trying to guess what sort of percentage we divvy out to the actors per day on set. For instance, should we give more to the fight director? Or should that be a separate contract? Oy vey. I figure that cast and crew should total about 30% of the money doled out after we reach "DAN". But it's hard to figure out (for instance) just how many composers we'll end up having on the picture.

Traditionally I've calculated each actor at 2/10 of a percent (.002) of the revenue should go to them (after we reach DAN) per day that they worked. For the leads I usually tack on a few more percent because I figure they have to do more ADR or photo sessions or what-have-you at the end of the picture. But it's really all just fudging the numbers to try to make something even remotely fair. Wish me luck on that.