Things That Go Along Well With Bunnies 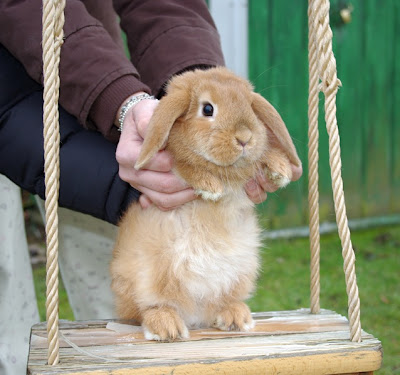 Back in the olden days, aliens who ate cats were on TV.

So we're three days from the beginning of principal photography on Day 2. I think we're in pretty good shape. We had a couple last-minute costume wonderments but hopefully we're done wondering. Now that I think about it, maybe we should move call time up an hour so we can get people into costumes? Or maybe we'll shoot out the guy with all the MOS scenes (but who already has a costume) first? That would be David Ian Lee.

I really hope the last of the malware is off of braidwood.net -- I think I've gone through and cleaned all the index.html pages. UPDATE: it seems that teh google has cleared me. Whew, that was really obnoxious. And yes, I've updated all my anti-malware/virus software. And yes, the victimized machine was an XP machine. Which is too bad because that machine is still my favorite machine in our studio (even including the dual-quad-core Mac).
*****
Have you noticed that amplifier gurus tend to be a lot grumpier about amplifier design than, say, guitar gurus are about guitar design? People can get really worked up about capacitance I guess.

Or maybe it's because they're so amped up all the time. Whoo! I slay me.
*****
Here's an amusing thing from the Nudity Required, No Pay blog comments section* where someone points out my Tweet:

"Yup, put out a casting call and women start sending you naked pictures of themselves."

Which they describe as me bragging about my success. Ha! We're talking about people who figured out my email address by figuring out our production company and then sent nude pictures of themselves to me.

But it's not quite as odd as the way the Nudity Required, No Pay blog focuses on gigs with nudity that don't pay. There's lots of stuff that goes with No Pay gigs which I would think to be more important than nudity. Like fight scenes. Or (and I'm not kidding) scenes with sports in them. Maduka hurt himself pretty badly a few months ago playing soccer in a movie. If he were just naked I suspect he wouldn't have come to as much bodily harm.
*****
It's a weird and prurient world out there which I just don't really notice on a day-to-day basis. Probably because I used to work for the Wooster Group (you'll note that nobody bothers with a Willem Dafoe "sex tape" because it would be simply redundant.)
*****
Abraham Lincoln, Vampire Hunter.

*I think, although I'm not sure, that the phase "Nudity Required, No Pay" comes from the way Actors' Access (which you might remember as Breakdown Services) puts the non-paid listings for parts with nudity. Back in the day Breakdown Services became more squeamish about the "no pay" part of things than the "nudity" part. But I'm talkin' 1995 or so.
at 2/28/2010 01:38:00 AM