Patrick Stewart, Clowns, and the Decade 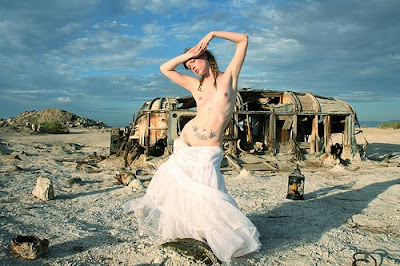 This dude, David Kronemyer, has a lot of esoteric interests. But many of them I share with him. This blog post is about AC power in recording studios.

Fear of Clowns is number 12. And with Lion's Gate. This post explains why (to both issues.)

Hmm... Lion's Gate and Sony aren't in a bidding war for any of my pictures. Gotta do something to rectify that...

I want to go somewhere cool to make a movie. We had a lot of fun in the California desert when shooting Millennium Crisis. And hopefully I'll have a couple sales coming up soon which I can talk about (effectively there's an embargo on outstanding deals so I just won't talk about 'em 'till they're "actual" deals and then I'll just say how awesome they are because there is no profit in badmouthing anyone -- besides, what am I going to say? "They didn't use my 5.1 mix or my commentary track in the Urdu version of the movie!!!"? C'mon.)
at 1/19/2010 08:23:00 PM

Email ThisBlogThis!Share to TwitterShare to FacebookShare to Pinterest
Labels: Millennium Crisis (was Bloodmask), Other people's movies

Weird! I'm linked in a blog. Freaky. And the studios weren't in a bidding war...I simply had offers from both.

But those days are over, man. Nobody's offering ANY money these days for anything...it's rough.

It's MY blog and MY fantasy about how it all went down. And I say they were throwing millions of dollars around like confetti. And kilos of blow and high-class hookers. They offered you power, UNTOLD power... an army of lawyers and your own island surrounded by mermaids and talking dolphins.

But it wasn't until the aliens came and showed you what was in their BOX that you were convinced. And now you rule the WORLD bru-ha-ha-hah-haaaa!

This is, by the way, the reason I'm not allowed to do the last rewrite on a screenplay. Ever.

Every time the talking fish come out it's just "OK, it's over. You're done. Board it up, get us a schedule and we start casting." Because NOBODY wants to deal with the talking fish part of the picture.

To be fair, there WERE coke and hookers, so you're partially correct.

And talking fish--it's SO hard to get the CGI eyes to look lifelike...