Wot's Cool on the Internet Today 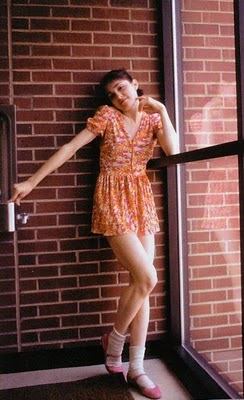 You know what's cool on the Internet today? The International Music Score Library. Cantorion also has music scores.
Today I was faced with a great and immediate need to look at .pdf the score of Saint Saens' Dance Macabre. Whew. That's where it's at. (Be advised, that's a link to a .pdf). Now if I could only learn the violin part on guitar and get my band to play it...

**Ooh -- update! Newman (below) points out the Indiana University Score Project also has scores. Now I can really learn the Queen of the Night aria for guitar (another thing my band will have to be convinced to play. Cookies usually work...)

Apparently the manager at Theatresource is telling people we're "booked through February" in our audition space, when in fact there are no bookings at all until February.
We start scheduling people to come in on Saturday, but we're just using our own studio so we ignore most of that nonsense. It's just unfortunate because I found out another film company was told no. So they're going up to Theaterlab instead.

Yeah, this smelled fishy when I saw this last year -- I think it was called the International Music Database Project. It still kind of reeks to me. There are tons of scores on there that shouldn't be there. Something about the site being hosted in Canada or something, so if it's PD in Canada (but not in the U.S.) they make it available. It's kind of totally not cool.

They were closed down for a while because of some lawsuit but they reopened and I believe they're on the kosher side of things now. When I looked around on the site I certainly didn't see anything by anyone in the latter part of the 20th Century. I know that the Gutenberg Project was talking about picking them up but that didn't go anywhere.

Are there things which are PD in Canada but not the US? As a Commonwealth country I'd think they'd be more in line with European IP laws which tend to have another 25 or 30 years on them than the US.