More Amusements of the Internets 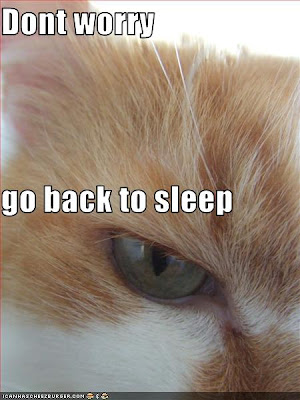 In order to clarify this post, my comments are in italics.
*****
UPDATE! Look, I got this exciting email:

You don't have my permission to reprint my entire parody on your web site.

Take it off now or there will be legal consequences.

*****
Ooh! Legal consequences! Well I'll truncate the boring parts where it repeats itself anyway, that'll reduce the tl;dr part of our lives on the blog. As a parody it's not actually that amusing. It's more amusing that it's a parody of one of our screenplays.
*****
Nancy McClernan
Here's a website/blog I've linked to before (you'll remember, she's the "nest of vipers" blogger). Nancy McClernan has been writing/snarking about me specifically in some of her blog posts and yet she doesn't use my name so I didn't find out 'till just now. Dammit!
Look, I have a cousin who's more web-famous than me (go ahead, you'll find him when you do a search for "Bellware" -- he's a programmer and apparently pretty brilliant. And yes, I've never met Scott, that's how big my family is.) But I need to be the first link when you Google "Bellware" (me me me!) and you're not helping if you snipe at me without using my name, Andrew Bellware! (My goals in life are modest, I'll admit.)
Oh crap. Now Scott has yet one more site linking to him. This one. I'm never gonna win. Sheesh.
Anyway, from this page (scroll down to Feb 20 -- I know, you can't directly link to articles on that blog) is this awesome, and fairly confused, rant:
*****

from the blog of an independent film director

This guy knows lots of the same people I know in "legitimate theatre" - he shares this bit recently on his blog:

I was looking over cash flow charts and thinking today about how [his film] has been able to eke out a tiny bit of money on each movie we make. Not enough to pay the actors.

Since his films are not animations, it would be impossible for him to make his films without the actors. And yet he can't manage to pay them. This is what is known as "exploitation."

I couldn't find any of this director's casting calls mentioned in the blog Nudity Required, No Pay although if you've seen his films, that is clearly the plight of many of the female actors he uses for his various space westerns. He's partial towards beautiful robot-women getting naked. But since he knows a whole bunch of actors who don't mind being exploited, I guess he doesn't need to put up casting calls.

*****
Of course, technically it's "exploitation" whether the actor makes a million dollars or nothing. The word "exploitation" is in the contract and considered a "goode thinge". You know what I mean, it's this clause: "Artist's work will be exploited throughout the universe in all media whether invented now or in the future in perpetuity, at the sole and absolute discretion of the Company, etc., etc." Everybody is exploited. Hell, the producers are exploited by the distributors, who are in turn exploited by the sub-distributors. Which is why producers are so stingy.
I love love love that we're making "various space westerns". You'll recall we made one space Western. And we lived to regret it (still ain't got North American distribution on it.) If I could solely make space Westerns I would be supremely happy.
But getting back to the rant -- it would be impossible to make our movies without sound people too. And yet we STILL can't manage to pay them.
One day we will though. Just you wait and see! (Actors though? Nah, they'll have to wait 'till we break $50K on the back end just like everybody else, except animators. ;-)
*****
But wait -- it gets better. Here Nancy writes a parody of Mac Rogers' brilliant screenplay for our "space Western" Solar Vengeance (the working title was "Angry Planet"). "Cub" is one of the characters, he was played by the debonair and brilliant Greg Bodine. (And don't think I'm not making a movie called The Cassandra Directive.)
*****

This is an angry planet. OK maybe not an angry planet, but at least a somewhat disgruntled planet. But it has a lot of rocks and shit and that's kewl.

We see PUP, a retarded slob of a foot soldier who would be great comic relief except that he is also evil. A very good actor, maybe even a Shakespearean-quality actor should be wasted oncast in this role. He is dressed like a cowboy.

FROM HIS POV
We see a small silver spaceship land in the distance.

MANLY
You're an idiot, Pup.

We see Manly and Pup from a middle distance. Manly is attractive, in a gruff manly damaged way, but not so attractive that he causes homoerotic panic in the target audience. He is dressed like a cross between a cowboy and a pirate.

ON the screen, her back to us, walks CASSANDRA, a beautiful woman, very thin except for her gigantic breasts. She is naked, but at first glance it looks like she's wearing a shiny black skin-tight jump suit because she has black shiny latext spray-painted over her body.

FROM HER POV
We see Manly smirking and Pup drooling. But then, he drools alot. His face breaks into a stupid lustful grin. Manly crosses his arms, wary.

Can I help you Miss?

Cassandra speaks in a monotone and is completely incapable, as are all robots and aliens, of using contractions. The English language is beyond the capabilities of even the most sophisticated robots and aliens.

We will have sex. In the future.

Pup, you're an idiot.

And you will be killed by a nest of vipers. Mutant vipers.

Ah don' buhleeve that! Dey ain't no vipers, mutant or no nuther kind on this here disgruntled planet!

There will be when it becomes narratively convenient.

Now my master - error 786 - professor will come to this place and tell you that I am dangerous.

I don't believe you.

In a moment, THE PROFESSOR appears.

Stay away from her! She's dangerous!

legal consequences!?! that is five kinds of special, she reserves the right to mock and snipe at endless length and you are the target of her vitriol. but it isn't fair game for you to hold out her efforts for scrutiny. ah the joy of cake and eat some too. it must be a joy to quite that superior.

I feel like I'm high and someone's talking Sartre at me.

The formatting is a bit messed up. Maybe I'll clear it up.

It's better than Kafka talking at you.

Isn't is a relief I'm not talking about amplifiers?

maybe if you're enough of an evil exploiter of the acting persons, ms frumpy britches will pen a scolding sonnet at you. i love that she's the self-styled norma rae of the dilettante set.

Jesus, we've got Sartre, Kafka and dilettante sets in the fucking REPLIES of this post. This has GOT to be a record of some sort.

Most pretentious replies ever, perhaps?

Yes, and now Jesus. I think I need like a Webby award or something. We are just too awesome.