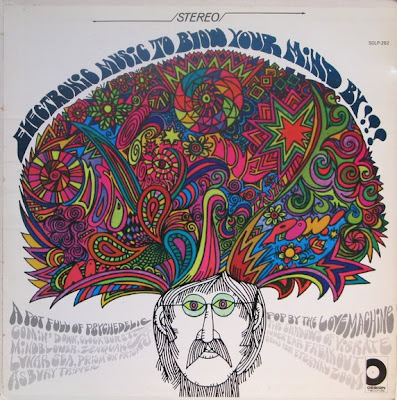 Your title is: “The Blackmechs”

In a metaphorical Victorian Britain, a young flying message courier stumbles across an otherworldly portal which spurs him into conflict with murderous robots, with the help of a shape-shifting female assassin and her reference book, culminating in wish-fulfillment solutions to real-world problems.

That takes care of a lot of problems, let me tell you.
*****************
So I go out last night to hear Ethan and Lou, the rhythm section of Tyrannosaurus Mouse, play in a cover band called The Joybuzzers at the Red Lion.

About 1/3 of the audience was wearing hearing protection in the form of earplugs and such. Where I was sitting/standing the percentage was nigh on 80 or 90%. I was talking to Lou -- "Do you remember the '80's? Nobody wore earplugs at a club." Of course, the audience was probably older - mostly over 30's - still, we'll have more high end in our hearing than the baby boomers who are half deaf from listenin' to that loud rock 'n roll their parents warned them about.

In any case, it got me thinking about vocals and the overall sound of a band -- especially in a club situation.

Problem #1 is that louder generally sounds better. Up to a point (pain) most people will interpret a sound which is played at a higher volume as "better" to them. But more than that, the actual sound quality of drums hit really hard and of guitar amps being pushed to the ends of their specifications, just has this big awesomeness which everyone loves - at any volume the listener hears. (As a side-note Raphael Rudd told me that Phil Collins hit the drums harder than anyone he'd ever heard.)

In any case, you have a situation where the band wants to play loud -- both because it's fun, and because it does indeed actually make them sound better. But what can't be that loud? Vocals. Even an opera singer just can't sing over a rock band playing at full tilt.

So we put a microphone right up to the vocalist's mouth. I'm sure you've seen that before. And hope that we can make them louder (slightly) than the band. Ha! Well there's a mortal enemy of the vocal:

There are all kinds of tricks we can use to get the gain-before-feedback on that microphone to be up up up. But that dang snare drum is going to get into the vocalist's microphone. In a stadium situation (or even a decent -sized theater) we can physically put the drums further from the vocalist. Every time we double that distance we get 6dB more vocal (or less drums, depending on how you think about it).

Sometimes the drum kit goes in a "fishbowl" -- a plexiglass barrier which is supposed to keep the drum sound out of the vocal mic. They certainly look terrible onstage.

Where was I going with all this? Oh, vocals sound terrible in clubs. And the drums never have enough reverb. So Tyrannosaurus Mouse will have to just play theaters.

Still swear by my old SM-58. Sounds good, looks good, feels good and in a pinch can be used as a defensive weapon with no loss of audio quality.

My problem is that my voice just isn't strong enough to compete with a full band -- that's why I'm looking at some of the more "delicate" mics.

Bear in mind that it is really easy to overwhelm a condenser mic as they are even more susceptible to bleed. The added transparency can also be quite cruel to a singer as the absence of colouration that one gets from a 58 or similar exposes the singer, flaws and all. Options then, more power at the board = greater headroom to push vocals. Increased compression which ups the noise floor as well, that can be somewhat helped by raising the cut off but introduces the danger of howling feedback and the always popular singing through a paper towel tube tone.

The best bet is really more power in the PA and keeping as much other stuff out of the mix or moderated in the mix. The condensers are really nice but they like a controlled stage sound. Another handy thing to try, orient your amps in a sidewash configuration to cut bleed. If you are keeping amps moderate and using the mains to reinforce then that limits the amount of direct amp signal hitting the diaphragm. Of course if the amps are wound up and you're using them to provide room sound that option's out. Perhaps a smaller amp or a power soak to help keep on stage levels down. Tape the snare too, friggin' snares just cut through everything.

The key is getting the snare drum out of the vocal mic. I plan to turn it so the null is facing the drums! Well, I can't actually do that, but more than that I'm not enjoying the "woffiness" of the 58 on my voice. Maybe I'll just give up and put a single U47 on stage and call it a day... ;-)

If you're up really close on a 58 the proximity will give you the woof. Turn your face about 45 degrees so you're not blowing straight onto the diaphragm, that'll cut a good bit of the whoomp out of it and you still get all of the volume by proximity. Pull some of the lows out on the board and the tone isn't too bad. Don't think I've ever seen anyone with a big ol' Neumann on stage but what the hell. What about settting the drummer out to one side of the stage, bass in middle and you on the opposite side? It isn't like you need to worry about the audience's hearing loss.

That makes sense. I still sorta prefer a bit more high end in my vocals -- the kind which is difficult to get out of a dynamic mic. I could use a couple AKG 460's I have but they don't sound that smooth off-axis. And learning the mic technique you'd need on those would be a bear.

For me the quality of the off-axis sound is typically the most important feature of a mic. If we're going to have snare drum in that mic it may as well not be "squonky" snare drum.

That being said, I really need as hypercardioid a response as I can get 'cause of how dang quiet I am.

I have actually used large-diaphragm condensers in live performances. Mostly in theater but a little in "rock 'n roll" too. It's... interesting...