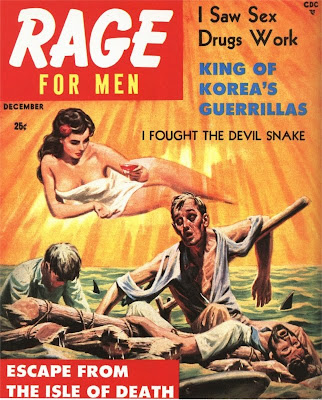 Here's a review of the Panasonic GH1 which I've probably posted before but is so important I'm posting it again.

Here's a review of the Panasonic GH1 which I've probably posted before but is so important I'm posting it again, yep.

Here's a review of the Panasonic GH1 which I've probably posted before but is so important I'm posting it again, no really.

One interesting thing about Jon Peters is that although he was clearly out of control and nuts, he did revolutionize the way Hollywood movies were marketed. And it's also clear that

1. they were jerks to people they worked with and
2. a lot of people hated them solely because they had "low-brow" taste.

There's going to be a third book in the "Save the Cat, the last book on screenwriting you'll ever need" series. Even though the first book is the "last book you'll ever need", there really is a lot of value in the subsequent book because of how it goes into detail with more examples and analysis of other movies. But this 3rd book looks very interesting. It looks like the 3rd book has some details which were missing from the first Save the Cat book, like the 5-point finale, and things that Blake hadn't figured out 'till after he wrote the first book, like an alternative to the "beat sheet" method of examining screenplay structure. 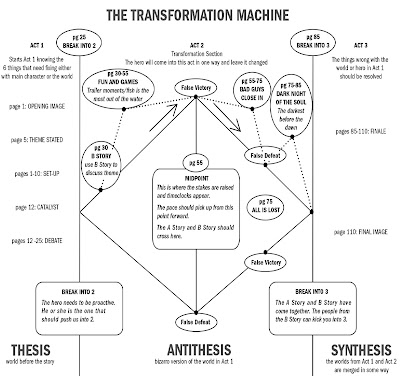 In this free chapter from the book Save the Cat Strikes Back, Blake explains the three-act structure in a way which makes sense to me. To me the way of looking in 3 acts always bugged me because act 2 is twice as long as acts 1 and 3. So I tend to think of a 4-act or even a 5-act structure.
But there is a very clear difference between acts 1, 2, and 3, which Blake posits as Thesis (act 1), Antithesis (act 2), and Synthesis (act 3).

And who doesn't love a fun flow chart?

We are ever so close to having act 4 (of what looks like 9 acts) in Clonehunter locked. And then 5 and 6 aren't far behind.

Email ThisBlogThis!Share to TwitterShare to FacebookShare to Pinterest
Labels: 0904, gh1, Save the Cat