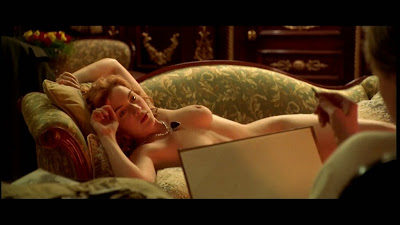 S.S.C.
Lens or hot-rod engine?
Well, the Canon S.S.C. lenses -- I really like the "look" they give. Are the newer Canons any better? How do they compare to the Lumix lenses? I'd love to see them compared to Zeiss.
The biggest thing to me is how they handle direct light into the camera. I wanna know how they deal with flares.

And I need to know how the Panasonic GH1's codec, when properly handled, deals with color-correction and compositing. I hear terrible things about it on the Internets but Mitchell seems to have a decent experience with it.
*****
Art-house filmmakers are still whining.
*****
Hey, remember when Eisenhower was a "conscious, dedicated agent of the Communist Conspiracy"? So why are we paying attention when the same freakazoids are calling Obama a Marxist?

(According to Welch, "both the U.S. and Soviet governments are controlled by the same furtive conspiratorial cabal of internationalists, greedy bankers, and corrupt politicians. If left unexposed, the traitors inside the U.S. government would betray the country's sovereignty to the United Nations for a collectivist New World Order, managed by a 'one-world socialist government.")

Can we just ignore these people again? Have the neo-Cons really turned back into paleo-cons?

"A machine shall wield the killer of Earth against us."


I don't know what my inciting incident is. I might have to scrap the Mina part of the story. Or maybe an explosion forces Helen to move out of the Sick Bay. And then saving Mina is the big decision which brings us to act II. Except that Mina doesn't live long. Maybe that would work better if Milton had tried to kill Helen. Duh. I'm going to need some help... most of mental.
at 10/22/2009 03:00:00 PM

Email ThisBlogThis!Share to TwitterShare to FacebookShare to Pinterest
Labels: 0801, gh1