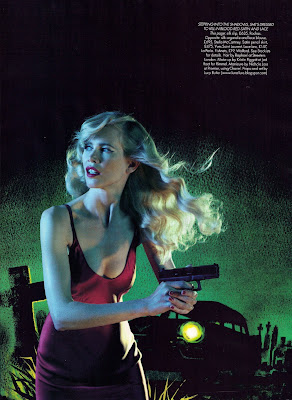 Neoscene, because apparently you have to have it in order to edit properly with the Lumix GH1. Or so says this review of the Panasonic Lumix GH1 which I might have linked to before.

Apparently trains actually leave one minute late from most New York City stations. In my experience the trains tend to leave on time, go a few hundred yards and then sit on the tracks waiting to get into the tunnel. And no, that whole thing isn't a "New York Minute". Everybody knows that a New York minute is the amount of time between when the light turns green and the guy behind you leans on his horn...

Don't forget, he'll draw a picture of you for twenty bucks.

The Brownstone Diner is not exactly around the corner from my apartment, but it's either walkable or PATH-able and they're not afraid of pancakes.

Gunnerkrigg Court is one of my favorite comics ever- seriously awesome stuff... I can't wait to see where it goes.