Out of the Bar 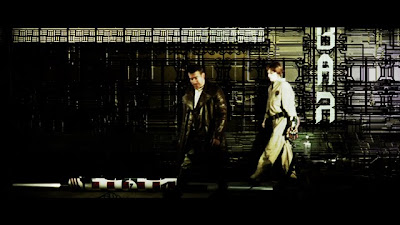 Here's a composite of Cain and Rachel walking out of a bar in Clonehunter.

The Bloggess explains how to deal with obnoxious comments.

I've been trying to install OSX on a Dell mini 10v for freakin' days at this point. So far everything has failed. But I'll keep at it one... more... time

Season 7 of Buffy. They're looking for the next slayer. But the same problem is there as was when they resurrected Buffy -- Faith is the "next" slayer. So why are they worried that it's all a matter of Buffy dying? Bleh. I can't wait 'till I'm done watching this series.

Does she really need to cede command on page 27? Seems to me like she should just take it at that point.

I suspect she gets boots from somewhere -- early. Perhaps when she gets her first gun she also picks up boots because they have a knife in them?

Tybalt should be the "half man" who gives them all that nano information. (I know -- technically Adam is the half man but we don't get to see him for a while.)

I think that Adam should be telling Helen that she shouldn't trust any of the people she's with. Either him or the necklace. And do we need both the necklace and Adam talking to her?