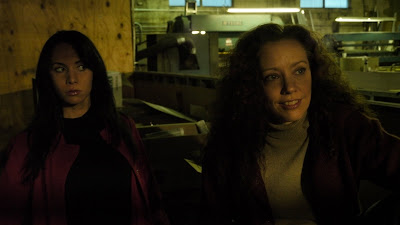 So with yesterday's almost debacle of the entire Northeast Corridor train line being shut down because of the incredible wind and rain, we got off to a slightly late start today. But we shot all our... well I didn't even add it up... but it had to be close to 20 pages of script today. 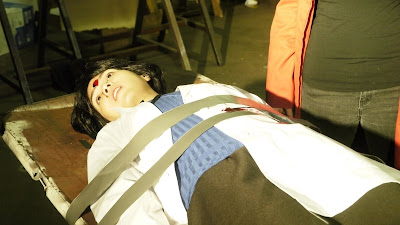 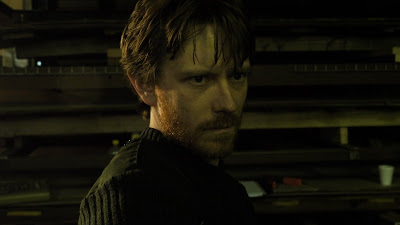 (Let it not be said that Tina Tanzer doesn't make hands down the creepiest zombie sounds ever. Did she study with Tibetan monks to learn that stuff? It creeped me out big creepytime. And yes, you'll hear it in the movie.)

Nat Cassidy (Neil) takes out a zombie with his fancy pants G38. Later, David broke Nat's gun. David was spanked. The Queen of Mars fixed it with hot glue.

Tom Rowen (Eric) sniffs spray cans of paint, just to find out which one is best.

Tina, in her Lana Turner light. We have the most gaffer-licious producer. She does a pretty stellar job lighting. She should get an award for being the best gaffer who produces.

Today we had David Frey on set and he built us a gobo to give us those nice "slashes" of light. 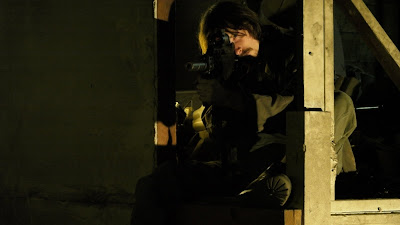 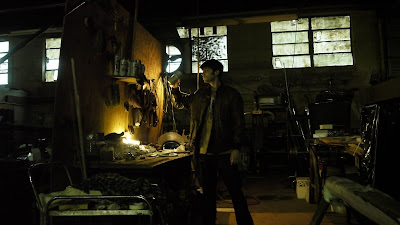 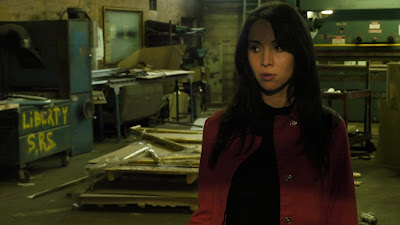 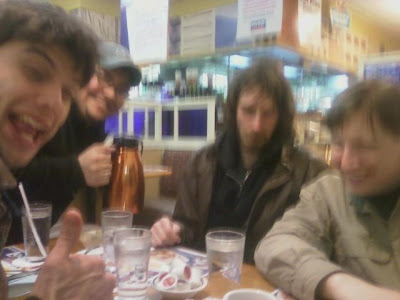 Yeah, it's that kind of set.

So I drove the boys to the local ice cream parlor which unfortunately was closed; and then, if only to stave off the whining, I drove us on to the iHop in Menlo Park.

For the record, I relied more on principles of mechanical engineering than hot glue. Just saying.

I vaguely remember when it was fun to shoot movies. Like you're doing.

I gotta get back to that somehow...

Twenty pages in a day?!? You guys are insane. And I am, apparently, a slow-poke.

It may have been less. Honestly, I don't want to count it. OK, I just counted it. I think it was only 19 pages. It makes up for the day we spent 6 hours on a quarter page. It's mostly (as you can tell from the pictures) 5 people arguing over a dead body in a warehouse.

5 people arguing over a dead body in a warehouse is basically the template for all independent film. ;-)