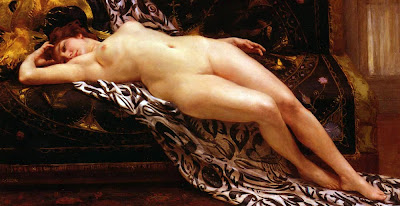 The key concepts on this shoot are patience and MOS.

(But it'll never sound empty. For that we do all ADR.)

I have this notion that this picture is going to be edited in a kind of jump-cut-y style. I'm very happy with the image we're getting. I suspect that a jump cut style of editing will help with our non-sync sound in our exteriors. ;-)

We have been doing a crappity job with catering. Now partly that's because our first two days were fairly short. For most of the cast on the first day we had something like a 2-hour call. And for the two cast/crew who were on set for 5 hours we did get some Chinese food (the best Chinese food in Bed Stuy -- that's not saying much.)

And although we did wrap one actor today in less than 3 hours, we really did go six hours today without a proper sit-down lunch (although there were lots of Dunkin' Munchkins, fruit, and instant oatmeal.) I just don't want to abuse Tina too much by making her run around without eating.

Maybe we'll make up for it on Wednesday when we will have upwards of 15 in the cast. Egads! Time for Chinese lunch specials. I honestly don't know how we're going to schedule all that. This will be one of those days I wished we had a motorhome.

I think what we're going to end up doing is having a big family - style meal at 12:30pm at the local (good) Chinese restaurant and just have a little party of it in the middle of the day. Yeah, that'll work for us.
*****
Via Chance Shirley, the Noktor f 0.95 lens. That's right, faster than all the way open. Good times. I could put it on my GH1, but I'm still getting used to the autofocus.
*****
Any similarities between the painting above and the image below are purely coincidental and not a result of anyone obsessed with trying to make movies that look like paintings. As far as you know.
at 3/04/2010 06:22:00 PM

I, too, am trying to get better about feeding people on set. My big problem is I get so busy directing or shooting or painting sets or whatever, I forget to get hungry. So I forget that other people probably are hungry.

That's why you try to leave meals to the producer ;-).