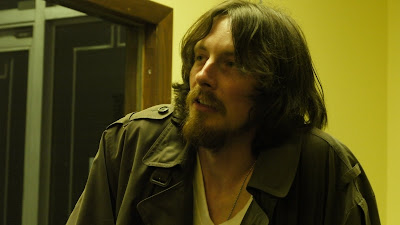 Today was a huge day here in the Pandora Machine. Call time at Penn Station in New York City was 2pm. Call time on set was 3pm. And we wrapped just about midnight.

For those of you in the movie business that's a "short day". For me it's a really freakin' long day.

And we ate a lot of Chinese food.

And we shot out our first principal character, wrapping Danielle Quisenberry. She's brilliant and knocked it out of the ballpark. It's quite unusual to have had your first picture wrap on a major character on the second-to-last day of principal photography. 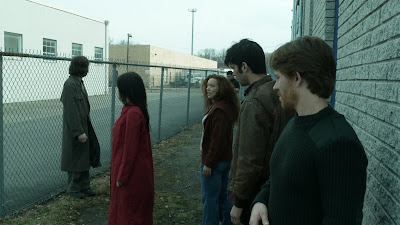 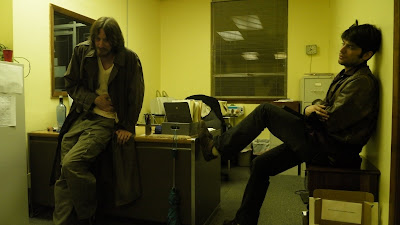 Nat Cassidy as "Neil", in a moment of lucidity, explains what's really going on.

I realized another thing today when shooting Danielle and earlier when shooting a scene with David. Every character in this picture has a pretty big arc leading them to a pretty big ending. It makes for a dramatically pretty compelling story (IMHO).

Of course, it also means that this high-speed method of shooting pictures is both nice (in that you're spending more of the day acting than watching G&E lighting stuff) and hard (in that typically you only get one take and frequently you have to look at Tom Rowen with his pants off.

Nat Cassidy and Tom Rowen as Neil and Eric, listen to the big story arc. 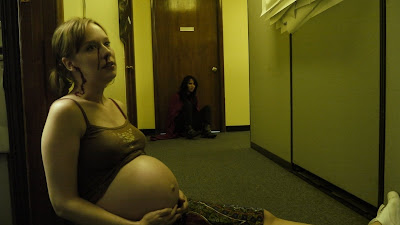 David Ian Lee, in order to prove what an awesome dad he's going to be, cast Karen Sternberg as the "zombie" pregnant girl. She is, of course, killed by David who then double-taps her pregnant belly. David has insisted that their child get a separate credit in the picture. I really can't say no to that. The question today was which room in Hell would we get exactly? I'm thinking it's the same room with the used car dealers although someone suggested the room with Mussolini might still have some space available. We'll just have to see when we get there. 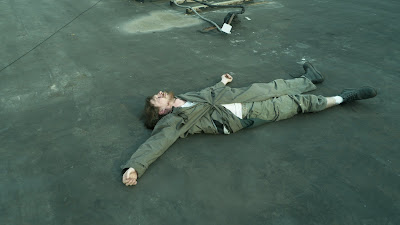 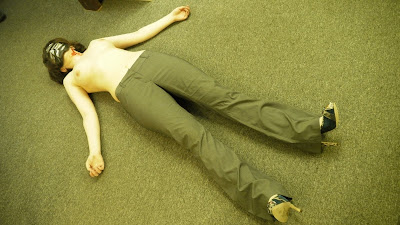 what is on the face of the topless dead gal? is she wearing a zebra print mask? what kind of crazy zombies and deadly robots movie are you making anyways?

What kind of deadly zombie and crazy robot movie indeed!