I'll just step into the fray... 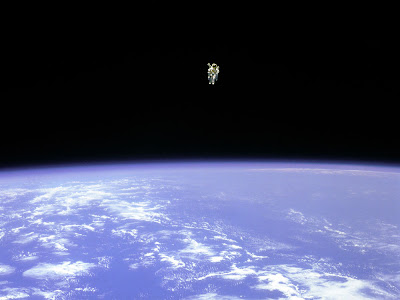 More responses to Jonathan Newman's post on copyright vs copyleft (or whatever).

I can't help but think that composers are more satisfied with copyrights because the system actually works pretty well for them. Music copyrights are byzantine and complex and confusing and bizarre.

And they work pretty darn good. For everybody.

Firstly, composers don't typically sign away all their rights to their own works. Even film composers and commercial composers see royalties (and they will frequently compose as "works for hire", which is otherwise unusual).

Secondly, a composer has the right to say who will first record the composer's work. But after that, artists can "cover" the work and pay a statutory rate (set by, you guessed it, the State) which is something like 5 cents for the first three minutes per record. That money goes to the composer(s) and publisher(s) of the work. If there is no publisher or if the composer owns their own publisher then all that money comes to them.

So here's the thing -- when the cover artist's version of the song (or piece) is played on the radio, the composer gets paid (through an additionally complicated system of performing rights organizations). The radio stations pay a yearly license and also report which songs they're playing, er, usually.

So like I'm saying, this system is freakin' complicated. But radio stations pay the three performing rights organizations BMI, ASCAP, and the third one which I don't remember the name of (in the United States, there are three of them, elsewhere there is frequently only one organization and they tend to have deals with the three in the US so they trade money back-and-forth). As a composer, you join one of the organizations (which is typically free to do) and you get checks in the mail when radio stations play your music -- even when someone else is performing your work.

I think the most I ever made was $26.87 one year. From my "band" Prague Spring's version of a song I wrote. From a radio station in... Sweden. I don't know what they were doing -- maybe using a piece of my music under weather reports or something. Who knows?

I am of the unusual opinion that I think everyone should be protected by difficult, complicated, and byzantine copyrights and performance rights organizations. I think that directors, producers, actors, screenwriters, authors, the whole kit and kaboodle, should have "performing rights" organizations which pay them whenever their movie is shown on TV or in theaters.