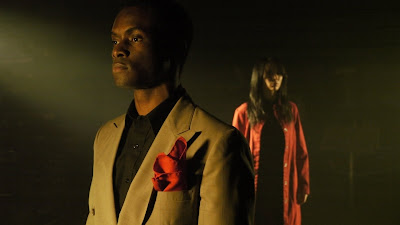 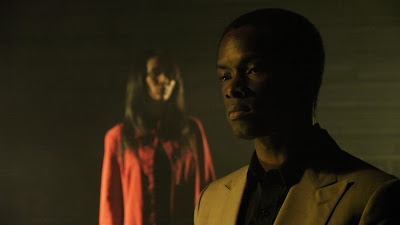 The incredible Maduka Steady and Tina Tanzer square off in the finale of Day 2.

We shot this scene in a very Playhouse 90 style with Maduka getting up very close to camera. Although we also shot coverage of closeups of Tina.

So far this is the only day we've shot with haze in the air. Most of this movie has been pretty "clean".

The lighting was way over-the-top gratuitous. And amusing. To us.

In this second-to-last picture, Tina is going to lay you out.

I thought it was really funny when early in the day when it was actually pretty warm, Tom Rowen had his shirt off but stopped to show Tina a thing about her business with the gun. Those Barettas are very right-handed weapons and Tina is left-handed, so it makes it a bit difficult for her to press the release which snaps the gun closed after cocking it with no round in the chamber. 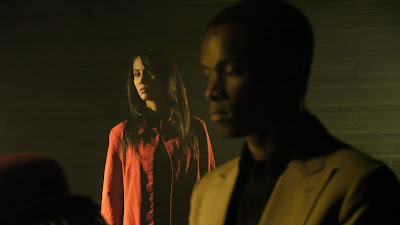 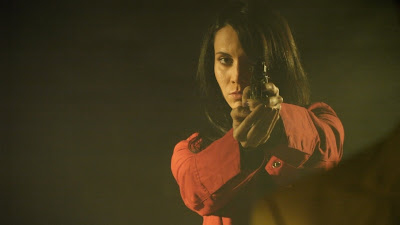 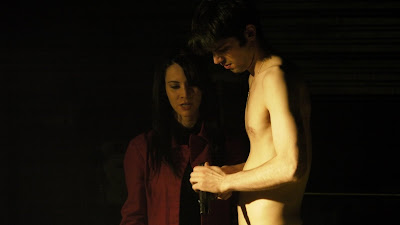