How The GH1 Worked Out For Us 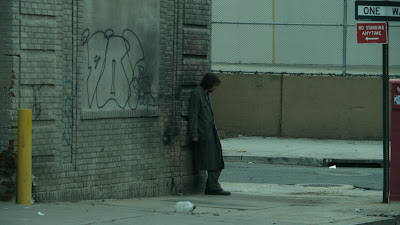 From a letter to Mitchell, regarding my thoughts on the Panasonic GH1:

Mitch:
I see you wrapped your first GH1 feature? How was shooting with it? I've grown fond of mine…with all its little quirks.

Drew:
It's pretty good actually. The autofocus works... much of the time. Sometimes I had to flip to manual or I had to "lock" the focus and keep it locked.

The GH1 (I think) has some weird ability to "learn" people's faces and boy it learned our lead's face. When she was in the frame it would lock on to her like nobody's business.

The picture looks amazing. The compression? It's way too much. Although it seems like bluescreens should just pop out and look good, they don't. And although one doesn't seem to see compression artifacts in the ProRes file inside Final Cut, exporting to other applications creates artifacts (stairstepping and squishy yukky things between areas of high contrast) like crazy. I know, it's weird. We have to do all our final compositing on the Mac.

The "Jello-cam" is an issue. Stabilization in post-production actually makes it worse. But normal handheld seems to work pretty well in most instances.

Email ThisBlogThis!Share to TwitterShare to FacebookShare to Pinterest
Labels: 1002, gh1