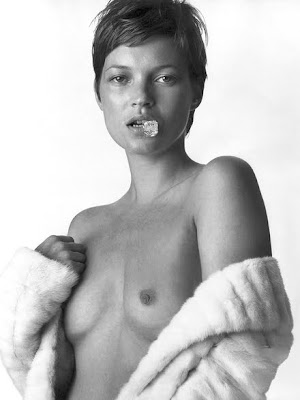 At Rudy's Music here in New York, I played a Blankenship Fatboy Supreme with Sour Cream. It's basically a Fender tweed Bassman clone and... well it sounds absolutely amazing. It's a very clean amp unless you're playing at about 105 decibels. It has a 15" speaker but the highs and the high mids are chimey and beautiful.

The thing about it is that it has some kind of magic going on where you just love the feel and the sound you get. Yep, it's a "mostly clean" design and it just feels good. The feel and the compression and the ooba looba of the thing is just like that dreamy sound of beautiful electric guitar interacting with tubes and speakers and transformers on Blues street with early Pete Townshend.

My thinking nowadays is that the way it compresses is like a big fat smooth tube compressor which doesn't break out into immediate distortion, so it gives you the god-like sustain that makes you one with the world, while not going to easily into the "crunch" world.

I'm not a big fan of hi-gain amps. I like the saturation of the output a bit more than the input (well, with the possible exception of lead guitar). But everyone likes compression because it makes them seem "louder" irrespective of the actual amplitude of the signal (uh oh, can you tell I used to be in pro audio?)

The Fatboy is only available as a combo.

Weird thing is that it's very revealing, you can hear inside the notes, but it made me a better and smoother player. Usually the opposite happens in a revealing instrument. How does it do everything? Detailed, responsive, and easy? Mr. Blankenship has a pretty brilliant amp there.
*****
But I really feel like the sound I want is two amps at once. One clean and one dirtier.

I tried a Bogner Shiva, which a lot of people think of as a great two-channel amp. After having just played the Blankenship Fatboy the Shiva just wasn't doing all that for me.

The Blankenship Variplex is $2500. That's an interesting amp 'cause it has a variac and it's made to have its voltage dropped. But I don't know if I'm really that interested in the "Eddie Van Halen" sound.

My feeling is that I want a pair of amps (with four inputs each so I can jumper the channels together) and I want a "presence" control. Why? Because I do, that's all.
*****
You know, Dave Eden bass guitar amps are surprisingly not terribly expensive. You can buy an head for two or even only one thousand dollars. Which isn't a whole lot of money for an amp many people consider to be the best.
*****
Looking into the tubes one needs for a tweed Bassman clone:
A JJ GZ34 is $16. Although it would be cool to get an old Mullard rectifier, they're hard to find.
A matched pair of the CED 6L6G6 is $60.
A pair of Tad 12AX7 would be $48.
A Mullard 12AT7 is $30.
Buying tubes "a-la-carte" like that would put your tube total at around $160.
*****
The Mercury Magnetics 045JT-16 output transformer is $200. The P4550JT-G2 power transformer is $225. Yeah, I know everybody likes them but boy they're expensive.

Li'l Dawg Amps Mutt. It's a Deluxe front end with a Champ power section. I think.
*****
BIG UPDATE: OK, you get to not have to hear me go on and on about amplifiers like this because I've gone ahead and ordered the Li'l Dawg Mutt.

One thing that's very cool about this amp is that you can put either 6V6 or 6L6 tubes in it. I'm gonna start with 6V6 but I might play through a 6L6 in it just to hear what that's like. And if it's that awesome I'll just have to get a second one.

You can jumper the channels, no problem, but there's no "presence" control. Maybe I'll just put a hole in the chassis with a knob which isn't connected to anything to turn back and forth. Maybe the knob should be labeled so you can adjust between "more" and "better".

Why did I finally order the amp? Well, it's rather inexpensive firstly. And it's quiet enough that I can throw the speakers in the Whisperroom and party away with it -- possibly even during the day when Theatresource is busy. But more importantly I got permission to buy it. Not from my wife.** Not from my landlord.*** Not from my banker.**** No.

From my bass player.

To be fair, if your bass player were as knowledgeable and tasteful as my bass player, you'd be doing what he says too. I'm talkin' 'bout you, Ethan. ;-)

*Clean doesn't mean accurate in this case. And accurate certainly don't mean "good". Clean and inaccurate. That's what you want. Or at least that's what I want. Provided the inaccurate is in the right direction.
**Not married. Problem solved.
***Amp won't live in my apartment. As long as I keep paying the rent I'm cool.
****Would have said "No" outright. Then told me to get a job.
at 3/26/2010 09:50:00 AM