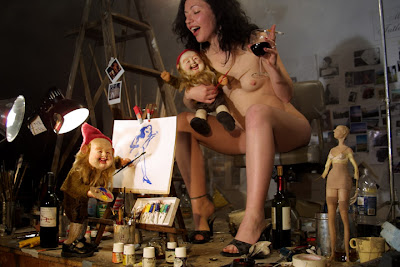 "Don't you think we have done enough? What else could it point to? Such a lovely plan! His pension was gone. It seems so cruel to dear papa. Tell us what happened in the City.
She was waiting for him. You need not undo your collar. She must have alluded to her father. Don't leave me again.He is Mrs. But who has done this? See what I can do with it. There is the window.
He plays the game by its rules. He was crying for Xanth. But Crombie was already whirling. They were probably yet to be finished. Jewel released him. Bink turned to Humfrey."
I think this text is from an Arthur Conan Doyle book called "Beyond the City." There was no attachment, no links, nothing else in the email. I swear some spammers are just avant-garde artists messing with me.

This picture frightens me.

Right? And you're a horror director. It's pretty scary. I think it's 'cause of how damn happy everyone is.

See? You totally read me wrong.

You're right, I totally read you wrong. It'd be scarier if it was because of the gnome than the naked girl!